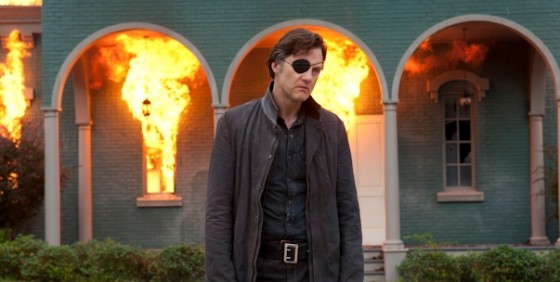 Yes, there ARE other shows on in the next few days, big shows, shows we also love. Like The Walking Dead. We learned a bit about what the Governor’s been doing since his rampage last week, and now we can learn more in the “Inside Episode 406” and “Making of Episode 406” featurettes below.

The “Making Of’ featurette is about the pit battle between the Governor’s bare hands and a number of walkers. You know it went well when the crew laughs and the end, saying “that was so awesome!” You can see the whole scene as it was broadcast in the “Talked About” clip.

Then as the icing on the delicious undead cake, check out a sneak peek clip from the next episode. Dig in:


Yes, that’s Olivia’s former partner Charlie from Fringe, Kirk Acevedo, making his way in the zombie apocalypse. I’m a little concerned that we’re not seeing the Governor’s “new family” in this clip…