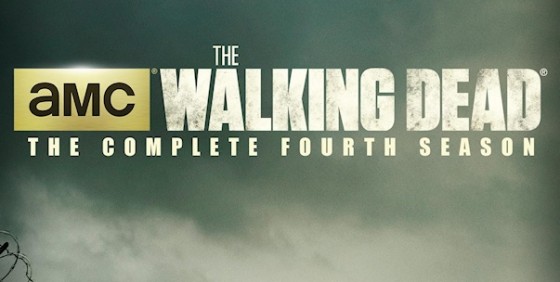 You may recall that we’ve been treated to some particularly gruesome special packaging for previous seasons of The Walking Dead on Blu-ray and DVD. Very little packaging of any series, however, will ever hit the heights of distateful like last year’s Season 3 home version of the Governor’s rotting heads tank.

So this year, the special packaging is going in a different direction. Still featuring a zombie, of course, but somehow more… do we call it classical? Check it out, along with an excellent best-of-the-season trailer, and the save-the-date info: 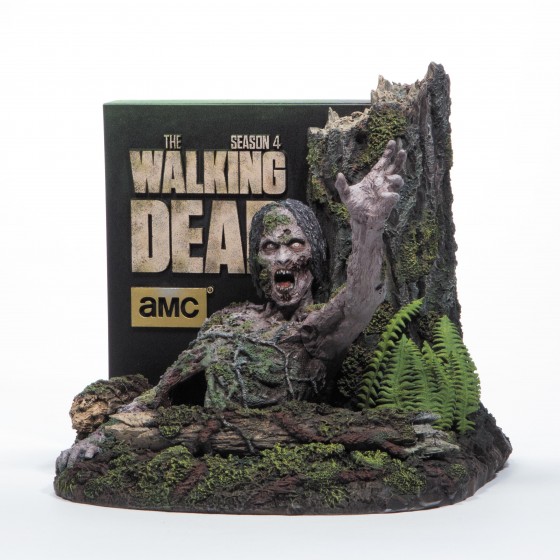 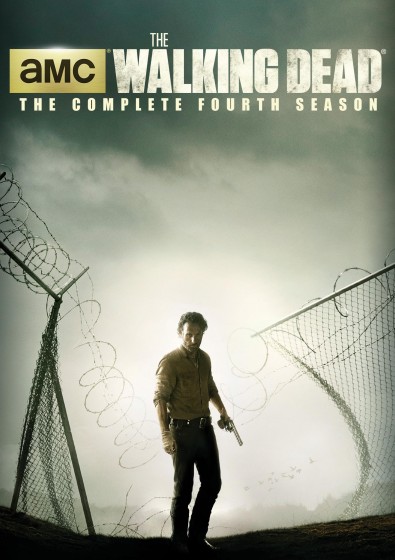 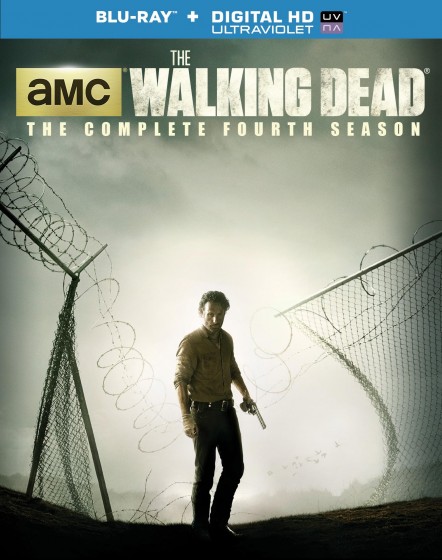 Trailer: The Walking Dead – Season 4 on Blu-ray and DVD


MARK THIS DATE IN YOUR CALENDAR!

Now that the fourth season of “The Walking Dead” has concluded, we at Anchor Bay Entertainment know that having to wait almost half a year for another zombie fix can be a challenge.

Therefore, we are pleased to announce that “The Walking Dead: The Complete Fourth Season” will be released on Blu-ray™ and DVD on August 26th. As with the previous Blu-ray™ and DVD releases, fans will be able to enjoy this groundbreaking series with pristine picture and sound as well as hours of bonus features. And for the die-hard “Walking Dead” fan, there will be a specially-created limited edition “tree walker” Blu-ray™ set created by McFarlane Toys.

More information, including bonus feature content and technical specs, will be available soon.
So, for now, make sure there’s nothing lurking in the shadows, always walk at a brisk pace and look for “The Walking Dead: The Complete Fourth Season” later this summer.