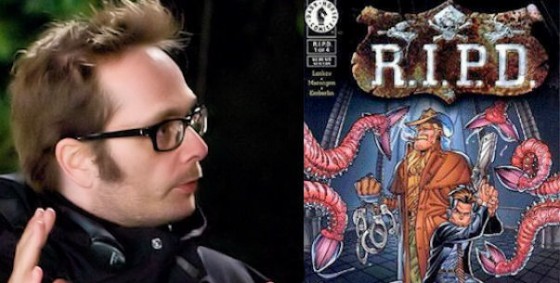 We brought you a report earlier this week about McG (Terminator Salvation) possibly directing the big-screen adaptation of Peter M. Lenkov’s graphic novel, published by Dark Horse Comics entitled, R.I.P.D. Now it seems that McG has passed on the project and director Robert Schwentke (RED, Flightplan) is now reportedly in the running to direct the film starring Ryan Reynolds (Green Lantern, Buried).

The LATimes reports that McG has committed to a romantic comedy called This Means War and because R.I.P.D. is a priority for Universal Pictures, they want to move forward with the project and Schwentke “is back in the R.I.P.D. mix.” The studio wants to begin shooting the film next Summer when Reynolds’ schedule has an opening.

The film will star Ryan Reynolds as one half of a deceased cop duo as they patrol the streets looking to keep restless spirits from misbehaving. The cops are a rookie who has recently died and is looking for his killers, and a gunslinger who’s been on the job for centuries.