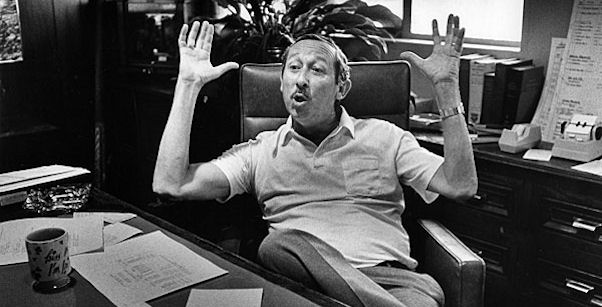 Roy Disney, nephew of the most famous name in animation history and a key figure in the Walt Disney Company’s existence over the past several decades, died Wednesday (December 16) in Newport Beach, California, according to Variety. He was 79 years old.

Born in 1930, Roy Edward Disney was the son of Roy Oliver Disney, who co-founded the so-called “Mouse House” alongside his brother Walt. In 1954, he began working for the Walt Disney Company as an assistant director, producing “True-Life Adventure” films. After more than a decade as a company writer/director/producer, Disney was elected to the Board of Directors in 1967.

It was Disney’s moves throughout the final three decades of his life, however, that helped engineer the company’s renaissance. Resigning in 1977 due to disagreements with the direction of the Walt Disney Company, Roy later returned to head up the animation department and would partner with Disney chairman Michael Eisner on a rebranding effort that stressed a return to the company’s classic animation roots. During this period, the company made such instant classics as “The Lion King,” “The Little Mermaid” and “Beauty and the Beast.” The last member of the Disney family to be actively involved in the company, Roy Disney was estimated by Forbes magazine to be worth $1.2 billion in 2006.

A 56-year veteran of the company, Disney had been battling stomach cancer for about a year.

“Roy’s commitment to the art of animation was unparalleled and will always remain his personal legacy and one of his greatest contributions to Disney’s past, present and future”

A powerful behind-the-scenes figure in Hollywood for multiple decades, Disney was nominated for his first Oscar in 2004 for executive-producing the long-delayed, dazzling Salvador Dalí/ Walt Disney-collaborated animated short “Destino.”