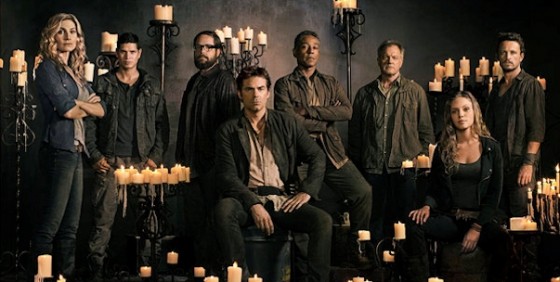 If you haven’t yet seen last week’s season premiere of Revolution, go do yourself a favor and watch it, then come back. We’ll still be here. If you’re all caught up, then… Aaron. Did you think he was dead. I would have, if I hadn’t been spoiled. But what the heck is going on with him? That was crazy.

We have a little more information about that, in the form of a “Revolution Revealed” Episode 1 featurette with showrunner Eric Kripke, where we also learn a bit about being a Patriot. And for tonight’s new episode we have a TV spot plus a clip that is – well, you’ll see:


TV Spot: Revolution – Season 2: How Many Secrets Can One Town Hide!


I love that. TV shows living on as legends in a dystopian civilization. Whether or not it was a nod to Galaxy Quest, I just love it. Thanks, Revolution writers!