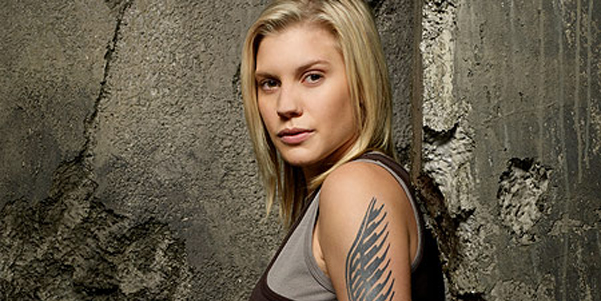 Hot on the heels of the announcement that the Brian Michael Bendis and Michael Avon Oeming comic series Powers, had been greenlit by FX Network for a television pilot, comes delicious casting hopes that Katee Sackhoff (The Haunting in Georgia) may be cast in the lead role of Deena Pilgrim.

Sackhoff tweeted that she had a meeting about Powers last year and was just waiting for the green light to pursue the role.

Powers follows “a pair of homicide detectives who work in a world where superheroes are part of everyday life. Deena is a feisty young detective who’s partnered with Christian Walker, a veteran cop who used to be a “power” himself before losing his abilities.” 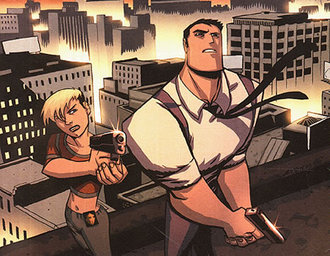 It’s funny that since the conclusion of Battlestar Galactica, Sackhoff has played quite a few police officers. Hey, we don’t need any more convincing that Sackhoff can play a feisty police officer! Hopefully, writer/executive producer Charles Eglee (formerly Frank Darabont’s right hand man on AMC’s The Walking Dead) will see the potential in this as well.

EXCLUSIVE Interview with Katee Sackhoff on Starbuck’s Place in Sci-Fi, What’s Next and How She and Tricia Helfer Are Thelma and Louise