Yes, it’s a female role… but no, it’s not Katee Sackoff. Although Ms. Sackhoff is currently filming Sexy Evil Genius, we’re still hoping that her previously-tweeted dream to be in Powers, as we reported to you in March, will  become a dream-come-true for her and for us. While we wait, we are pleased to report that the role of Calista has been awarded to the talented and adorable Bailee Madison (Bridge to Terabithia, The Wizards of Waverly Place, Just Go With It), who joins Charles S. Dutton in the FX series, whose casting as Captain Cross we reported last month. 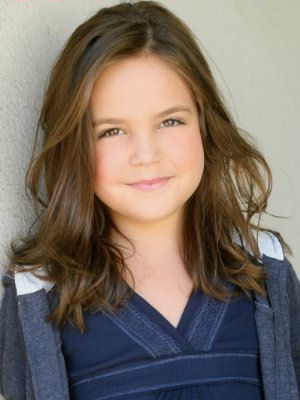 Powers is based on the graphic novel of the same name by Brian Michael Bendis and Michael Avon Oeming; the pilot was written by Charles H. Eglee (The Walking Dead). It follows Detectives Christian Walker and Deena Pilgrim, who work in a world where some people have superpowers. Calista, 11 years old, lives with her stepfather, a man who does have superpowers, until his wife is murdered and he goes on the run. The girl then goes to live with Detective Walker, who used to have superpowers but lost them. I’m in!

No premiere date has yet been scheduled for the show, but we’ll definitely keep you posted.