PIRATES OF THE CARIBBEAN: DEAD MEN TELL NO TALES Delayed 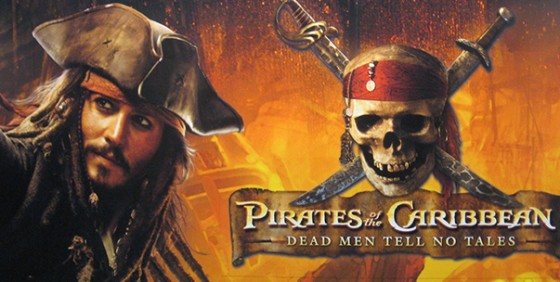 According to THR, everyone is on board with the current outline of the script (including leading man Johnny Depp as Captain Jack Sparrow) but producer Jerry Bruckheimer says it’s just not ready yet and the budget could also play a role.

Asked whether the potential price tag of the next Pirates film played a role in the delay, Bruckheimer replies, “It’s all a factor. We want a script that everyone’s signed off on and a budget that everyone’s signed off on.” (Such projects have cost as much as $300 million in the past.) Coming up with a great script is “always hard,” Bruckheimer says, and after this summer, “everybody’s more cautious.”

We’ll keep you posted on the latest for Pirates of the Caribbean: Dead Men Tell No Tales starring Johnny Depp, now slated to hit theaters summer of 2016.