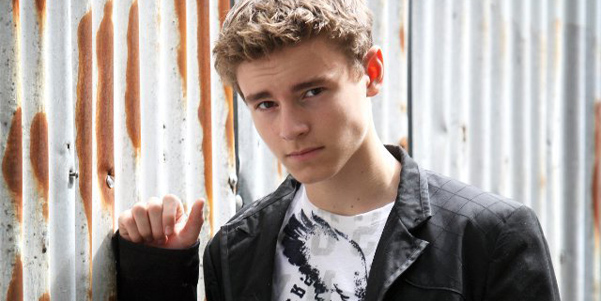 Casting announcements for Legendary Pictures’ adaptation of John Milton’s epic 17th-century poem, Paradise Lost roll on. Last month, we brought you news from the Alex Proyas (Dark City, The Crow) directed film that Casey Affleck (Tower Heist, The Assassination of Jesse James By the Coward Robert Ford) had been cast as the archangel Gabriel and Camilla Belle (10,000 B.C., Push) had been offered the role of Eve.

Now, Variety reports that Callan McAuliffe (The Great Gatsby, I Am Number Four) has been cast as the archangel Uriel, who is Michael’s (Ben Walker) right hand in the battle against the fallen angel Lucifer (Bradley Cooper.)

The sixteen-year-old Aussie actor was named one of the 11 Faces to Watch in 2011 by Australian magazine Encore.

Lucifer and Michael, God’s greatest archangels, share the bond of extraordinary friendship until God produces his greatest creation: Man. Unable to remain subservient to God if it means bowing down to humanity, Lucifer begins his dark descent and is cast out – only to plot his revenge.

Paradise Lost begins production at the turn of the year in Sydney is slated to hit theaters in 2013.