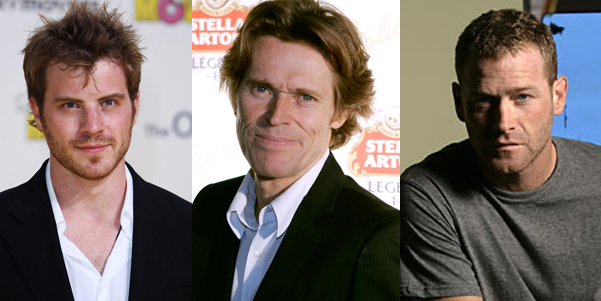 Casting has been quite active for Guillermo del Toro’s sci-fi monster movie Pacific Rim at Legendary Pictures. We brought you news in July of the film’s summer release date in 2013 and now, we’re happy to report who is up for enlisting in Earth’s defense against giant monsters from outer space.

Variety reported that Rob Kazinsky (Red Tails, Eastenders) and Max Martini (Columbiana, Saving Private Ryan) have been confirmed as joining the cast of Pacific Rim. Kazinsky, pictured above left, and Martini, pictured above right, join Charlie Hunnam (Sons of Anarchy), Charlie Day (It’s Always Sunny in Philadelphia), and Idris Elba (Thor) as a group of soldiers trying to save mankind from extinction by manning large robots to battle giant monsters from space.

The ball is also rolling with Willem Dafoe (John Carter, Spiderman), as he is in talks to sign on as “a rogue scientist with expertise on alien creatures.”

Pacific Rim takes place in the year 2025, in the twelfth year of the ongoing war against the alien monsters that have set themselves up in the Pacific Ocean, hence the title of the film. Travis Beacham wrote the script and Guillermo del Toro reigns at the helm.

At the 2011 San Diego Comic-Con, del Toro declared that this film would have:

“The finest f-ing monsters ever committed to screen.”