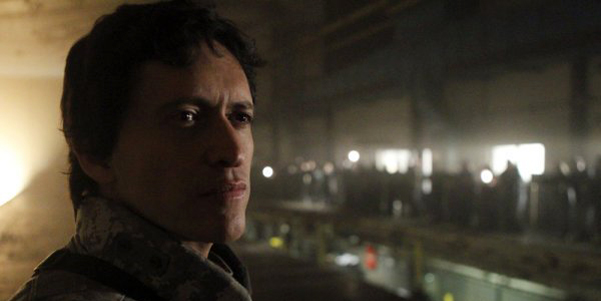 Earlier this month, we brought you the skinny on the many projects that director Guillermo del Toro has on his plate, ranging from Beauty and the Beast with Emma Watson to his monster-and-mechs movie with Legendary Pictures, Pacific Rim. The film has enlisted quite a few good men in the fight against alien monsters, including Willem Dafoe (John Carter, Spiderman), Rob Kazinsky (Red Tails, Eastenders), and Max Martini (Columbiana, Saving Private Ryan).

According to Variety, veteran character actor Clifton Collins Jr. (Parker, The Event) has been cast on Pacific Rim. No details are available yet on the character Collins would play.

Pacific Rim takes place in the year 2025, in the twelfth year of the ongoing war against the alien monsters that have set themselves up in the Pacific Ocean. Pacific Rim also stars Charlie Hunnam, Idris Elba, and Charlie Day. Travis Beacham wrote the script and Guillermo del Toro reigns at the helm.