One of Our Favorite Villains Returns on HEROES REBORN

When NBC released the first info on the upcoming limited series Heroes Reborn, they were somewhat circumspect as to whether any former characters would be reprising their roles, focusing instead on the fact that there would be new characters for us to meet. Here’s a reminder:

The saga behind the 2006 breakout series “Heroes” will continue as creator Tim Kring returns to the fold and develops new layers to his original superhero concept. This highly anticipated 13-episode miniseries will reconnect with the basic elements of the show’s first season where ordinary people were waking up to the fact that they had extraordinary abilities. This series will be preceded by a new digital series that will introduce audiences to the new characters and storylines that will take the “Heroes” phenomenon to new places. 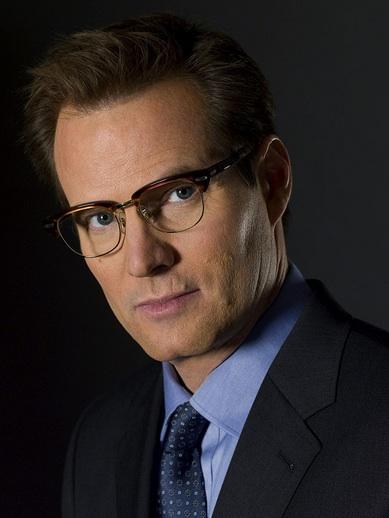 Now comes word, via Deadline, that one of our very favorite conflicted villains will in fact be returning to our screens, and we couldn’t be happier. It’s HRG! That’s right, it’s the wearer of horn-rimmed glasses, whose alliances seem to shift as fast as adoptive daughter and cheerleader Claire could heal.

Word is that Zachary Quinto (Sylar) and Milo Ventimiglia (Peter) have been approached but aren’t available, “for now,” whatever that may mean. Of course it would also depend upon whether this is meant to be continguous with the original Heroes timeline, or before, or after. But I’d be happy to see the return of the entire Season 1 cast.