ONCE UPON A TIME Pictures, Posters and More From the Upcoming Season 4 Premiere 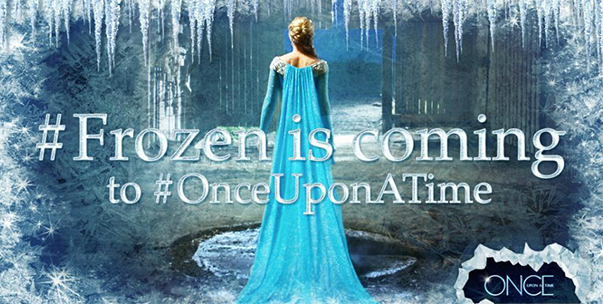 Once Upon a Time fans who are so patiently waiting for their beloved show to return only have a little while longer before the September 28th premiere of the fourth season, which is shaping up to be decidedly chilly.

To make the wait a little easier we have a blizzard of new Frozen sneak peeks for you today, including new posters, social media updates, pictures, an interview with the showrunners, and some juicy synopsis for you to enjoy. Feast your eyes! 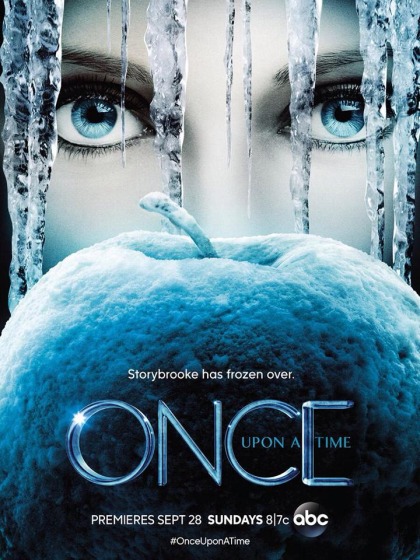 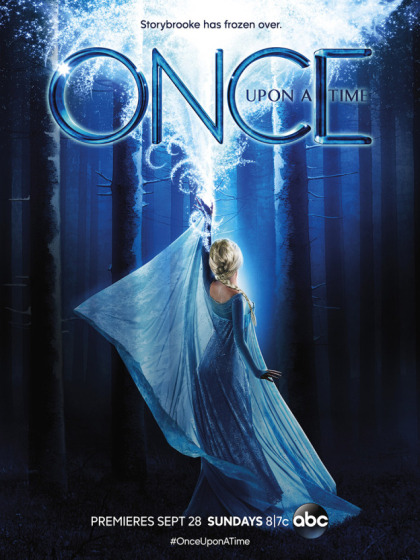 Once upon a time season 4 premiere on Sept 28th! It’s going to be the ‘Coolest’ on yet! #oops #boom pic.twitter.com/fZiTOAbEK1 — Colin o’donoghue (@colinodonoghue1) September 15, 2014

And here’s the cover pic from Once Upon a Time’s Facebook page: 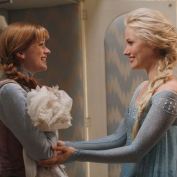 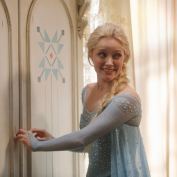 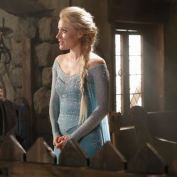 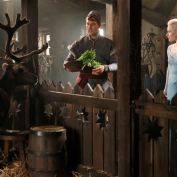 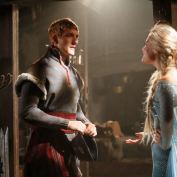 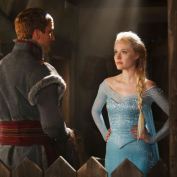 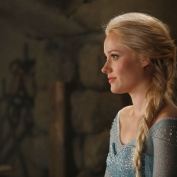 Once Upon a Time (New Season Premieres Sunday, September 28)
After being pulled into Zelena’s time portal, Emma (Jennifer Morrison) and Hook (Colin O’Donoghue) find themselves in the past in the Enchanted Forest, where they see the Evil Queen/Regina (Lana Parrilla) being, well, evil. As much as she wants to help, Hook urges Emma not to change anything in the past or the future may not happen. Leave it to Emma to nearly ruin her parents’ meeting and love connection. Luckily, Hook helps her make everything right—well, maybe not everything. While imprisoned by Regina, the duo meet a young woman sentenced to death who Emma just can’t help but save. As the trio show up to the naming of Mary Margaret (Ginnifer Goodwin) and David’s (Josh Dallas) son—and Emma’s brother—at Granny’s, they don’t realize that three’s a crowd. Turns out the woman is Maid Marian, and Robin Hood—who has connected nicely with Regina—is now going to be forced to make a choice. The kind of choice that could make Regina really, really upset. And no one wants that, right? But the biggest shocker of all was that the trio didn’t come back alone. They brought with them one Disney superstar, extra chilly, as Elsa was revealed to be coming out of the portal in the show’s final scene.

In the Fall 2014 issue of Disney twenty-three, now shipping to D23 Gold Members, D23 sat down with Once Upon a Time creators Eddy Kitsis and Adam Horowitz to discuss their very cool plan to incorporate Frozen into the new season. But there’s much more happening in Storybrooke this fall! Here’s our D23 Member “web extra” previewing what’s to come for Snow, Charming, Hook, Regina, Emma, and the rest of the characters when the ABC hit returns September 28. Plus, get ready for a reveal that will have you reeling!

So, looking back to the end of last season, can you explain what exactly happened when the Wicked Witch disintegrated, turned into dust, got into the box with the emerald pendant, and opened the portal?

Adam: She died. She turned into some kind of dust and disappeared because of her magical nature. What happened was, the pendant—which had her magic in it—was triggered at the moment of her death and opened the portal. That wasn’t Zelena in smoke form coming out—it was the magic that we had seen that was absorbed into the pendant Glinda gave her. The pendant became the source of Zelena’s power. Regina removed it and put it into her vault. And at the moment of her death, that triggered the portal opening.

Eddy: Of course, “death” is a relative term.

Emma has finally opened—to her family and to Hook—how do you see their relationships evolving?

Eddy: One of the big themes that tied Never Land and the Wicked Witch together is that happy endings aren’t what we think they are. They are something you have to fight for every day. Now it seems like Emma has found her home and she’s happy where she is. Rumple is married to Belle and that seems to be his happy ending. Snow and Charming have a child and they now share one heart. The question is, what happens next? For us, it’s continuing to evolve the characters—especially with Regina. We left her in a really tough spot. People immediately thought she would go “crazy evil.” For us, that’s what’s interesting—now that we’ve done 66 episodes, how does Regina react? We know how she would have reacted in season one. How does she react in season four? We want to honor that and deepen the characters and create some fun mystery along the way.

Do you think it will be difficult for Hook to see a “little Prince Neal” running around as a constant reminder of Neal and Emma’s relationship?

Adam: I think Hook ultimately recognizes Neal for the hero that he was. And because of that, hearing the name and seeing him carried on in a new generation—he sees that as a good thing.

Eddy: He’s far too confident to be worried about other people.