Back in August we told you that Cillian Murphy (The Dark Knight, Inception) and Justin Timberlake (The Social Network) had joined the cast of the upcoming Andrew Niccol (Lord of War) film entitled, I’m.mortal. The film is set in a society where time is the new currency, the rich are essentially immortal and the rest of society has to struggle to survive.

Murphy will be playing a member of the law enforcement organization known as the Timekeepers and Timberlake will play a man who goes on the run, and takes an heiress (Amanda Seyfried) hostage after he comes into a fortune of “time” and becomes the target for a murder investigation.

According to The Wrap, Olivia Wilde (TRON: Legacy, Cowboys & Aliens) has joined the cast and will play Justin Timberlake‘s mother. If you are wondering how the lovely (read: effin’ hot) Ms. Wilde can play Timberlake’s mother when she is actually younger than he is, that’s where the story comes into play.

Because this film takes place in a future America, where a technological breakthrough has made it possible for humans to stop aging. Adults are able to stay young as long as they can pay the price for immortality. 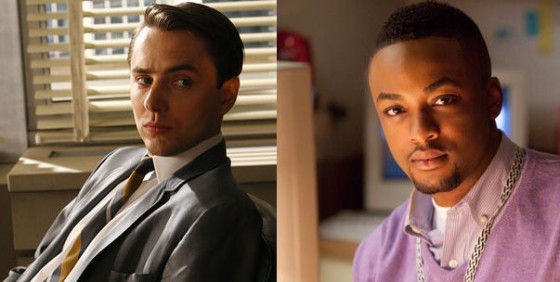 Vincent Kartheiser (Mad Men) and Collins Pennie (Hawthorne) have also joined the cast. Kartheiser will play Amanda Seyfried‘s father, a man who has to choose between his daughter and the oppressive time-keeping system that he has profiteered off of for quite some time. Pennie will play the right-hand man of Timekeeper Raymond Leon (Cillian Murphy)

While the 20th Century Fox film had been titled I’m.mortal, it is now being referred to as the Untitled Justin Timberlake/Amanda Seyfried Thriller. Apparently the original title was just too clever for the general movie going populous to “get”?

The Untitled Justin Timberlake/Amanda Seyfried Thriller has no currently scheduled release date but, will likely hit theaters in 2012.