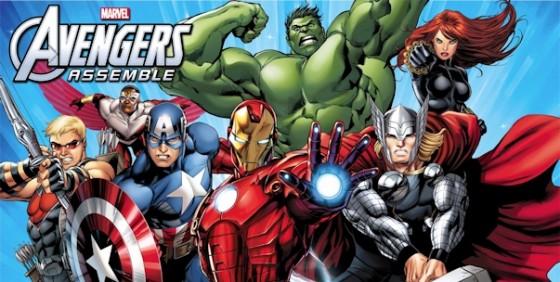 We’ve been waiting for this one for a while, and though it doesn’t start its regular run until July 7, just as they promised us back in March Disney XD will be airing a one hour preview of its new animated series Marvel’s Avengers Assemble this Sunday morning at 11/10c. Here’s the new trailer: 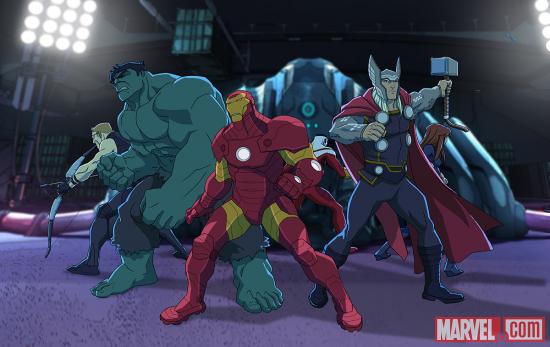 You can click here to join a live blog Thursday (tomorrow) at 3:00 p.m. ET – key talent and some big name guests from Marvel’s Avengers Assemble will discuss the series’ upcoming one-hour preview event, and click here to download the first episode for free on iTunes through Saturday.

Here’s the series synopsis we first shared with you in March:

“Marvel’s Avengers Assemble” reunites the most popular super hero team — Iron Man, Hulk, Captain America, Thor, Hawkeye and Black Widow, along with newcomer Falcon, marking the first time in animation history this distinct team of heroes will join forces. Led by Iron Man, the heroes train and live together in their new headquarters in Avengers Tower. The planet’s most dangerous villains don’t stand a chance when the Avengers assemble – whether they are stopping Dr. Doom from conquering Asgard, Attuma driving the Atlantean Army into New York City or Dracula unleashing vampire hordes, the Avengers must work together to succeed.

Adrian Pasdar (Nathan Petrelli in Heroes) as Iron Man, Fred Tatasciore as the Hulk, Roger Craig Smith as Captain America,Travis Willingham as Thor, and Troy Baker as Hawkeye are all reprising their guest roles from Ultimate Spider-Man, while Laura Bailey (ironically, Harley Quinn in Lego Batman: The Movie – DC Superheroes Unite) as Black Widow andBumper Robinson (Black Lightning in Batman: The Brave and the Bold) as Falcon are premiering their roles.