Hot on the heels of the release of the first official Star Trek Into Darkness poster by Paramount comes Warner Bros.‘ release of a new poster for summer’s Superman reboot Man of Steel. It’s anticipated that both movies will premiere trailers attached to the premiere of The Hobbit: An Unexpected Journey on December 14. 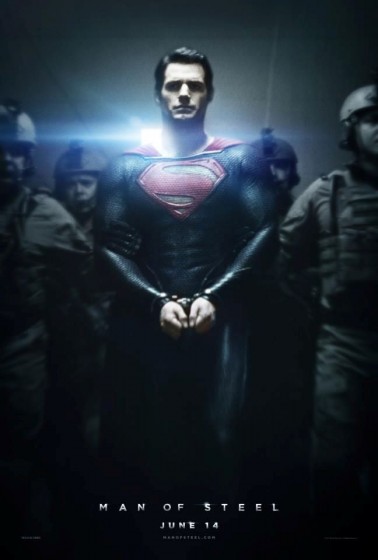