It doesn’t seem that long ago that we had to bid a fond farewell to the beloved Hershel as well as to the first half of Season 4 of The Walking Dead, though that wound is slowly healing. After all the devastation, does one say “happily” when talking about its return? Of course we do. Bring it on, and as Rick told Carl, don’t look back: 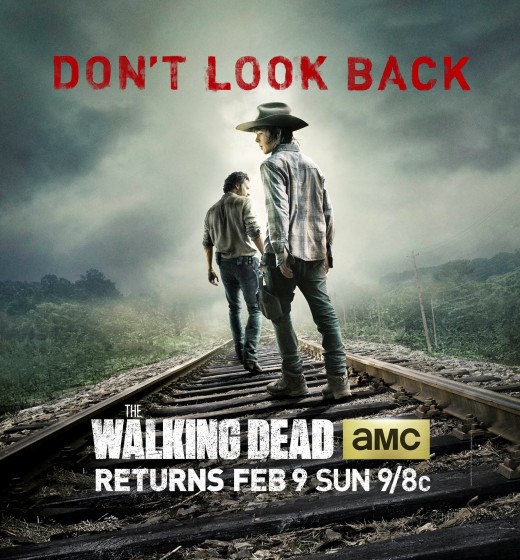 So we won’t look back, but we will show you the TV spot for the upcoming second half of the season once more, and remind you that when we left them all, everyone was scattering: