New Perilous Picture and Video From the Set of R.I.P.D.

Last month, we brought you splendid pictures from the set of Universal’s adaptation of the Dark Horse comic, R.I.P.D. by Peter Lenkov. We saw Ryan Reynolds, Kevin Bacon and Jeff Bridges in costume and now, we’ve got footage from the set when R.I.P.D. filmed an action sequence in the financial district of Boston along with an interesting new picture.

In this new pic from the set below, you see Kevin Bacon in a motion-capture suit on the bottom left reaching out to the dangling Stephanie Szostak (or her stunt double) who plays Reynold’s character’s wife. 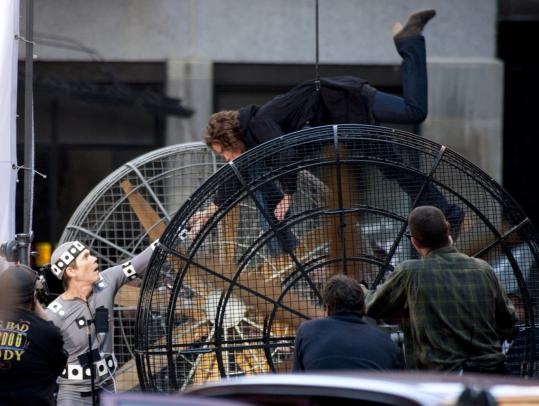 And the video can speak for itself:

Robert Schwentke (Red) is directing R.I.P.D., based on a script by Phil Hay and Matt Manfredi.