Last month Sony’s Columbia Pictures unleashed some new images of Will Smith and Tommy Lee Jones from director Barry Sonnenfeld‘s third installment of the Men In Black franchise. Now the studio has released a new high-res images from the movie, featuring Smith as Agent J and Josh Brolin as Young Agent K on some new wheels. Check it out below! 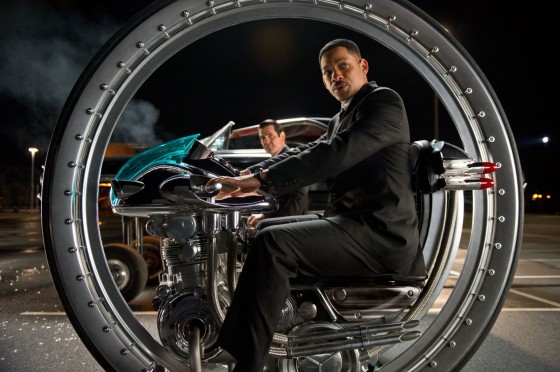