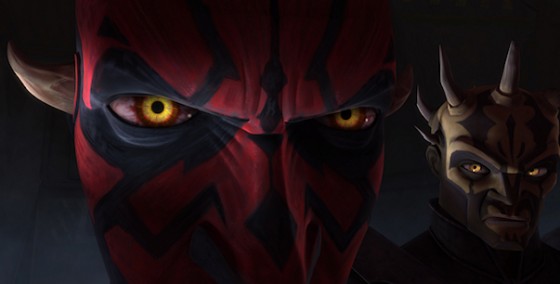 This week, in “Brothers,” the dark warrior Savage Opress is on a quest to find his long-lost brother. Could Darth Maul truly be alive, after more than a decade since his gruesome bisection at the blade of Obi-Wan Kenobi? Savage voyages into the depths of a twisted planet to find whatever became of the fallen Sith Lord.

Yeah, sorry, I know. We’re going to have to wait until Friday night.