Nathan Fillion to Become a God In PERCY JACKSON: SEA OF MONSTERS 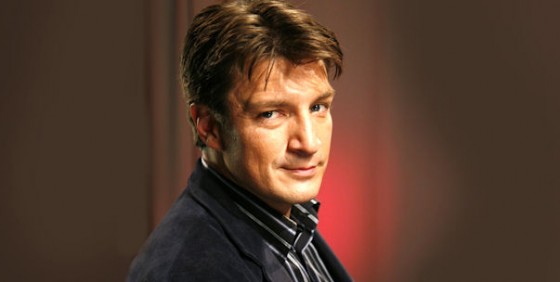 Earlier this month, we brought you the news when Mary Birdsong (Sherman’s in Sanity), Yvette Nicole Brown (Community) and Missi Pyle (My Uncle Rafael) signed on to play the Three Fates in director Thor Freudenthal‘s forthcoming film, Percy Jackson: Sea of Monsters.

Now, THR reports that Fox 2000 has hired a ringer to get geeks into theaters to see the follow-up to the Chris Columbus directed 2010 adaptation of author Rick Riordan’s novel Percy Jackson and the Olympians: The Lightning Thief

That’s right kids… Captain Malcolm “Mal” Reynolds aka Captain Tightpants, aka Captain Hammer, known to mere mortals as actor Nathan Fillion (Castle) has joined the cast of Percy Jackson: Sea of Monsters. No, our Browncoat festooned leader won’t be simply providing a voice over for some CGI creature in the film. Fillion has been cast as Hermes, the second youngest of the Olympian gods and the son of Zeus.

In the book, Fillion’s character helps Percy, in the hopes that he will be able to rescue his son Luke (Jake Abel), who joined the Titans and is the main antagonist of the story.