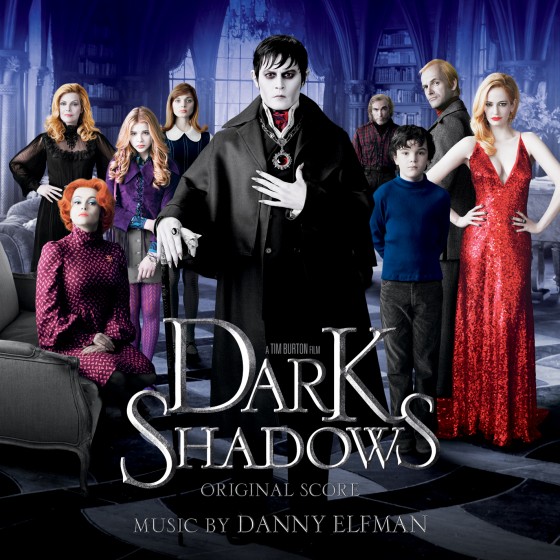 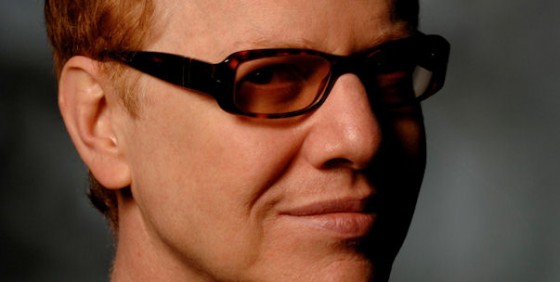 Danny Elfman has composed dozens of scores and themes for television and movies, from Batman, Batman Returns, Pee-wee’s Big Adventure and A Nightmare Before Christmas to The Simpsons, Beetlejuice and Desperate Housewives. He has collaborated with Tim Burton on all but two of Burton’s movies.

This soundtrack is not to be confused with Dark Shadows: Original Motion Picture Soundtrack, which is an mp3 download of the original artist songs used in the movie, i.e. The Carpenters, The Moody Blues, etc. but does include Danny Elfman’s “Dark Shadows – Prologue” and “The End” that are part of this Original Score CD.

What a terrific, creepy, atmospheric CD this is! It’s creepy enough that when I was listening to it and the breeze blew the curtains, I jumped a mile. This is good old-fashioned scary; theatrical, melodramatic, but not silly; it stands on its own without needing a movie to tell you what’s going on, because for better or worse, I haven’t yet seen the movie.

If you’re like me and haven’t yet seen the movie because you’re concerned that it might be overly kitschy, campy or just more of a comedy than is your preference, have no fear with this music. There is no musical winking, no nudging, none of the tropes that would indicate this is a comedy movie or a comedy soundtrack. It’s sophisticated without being edgy, and is dead-on (sorry) mystical, creepy, and scary. It would be a great CD to play during a quiet Halloween get together – or to add drama to any occasion! I am imagining how much could be added to Family Game Night with this playing in the background – eyes shifting back and forth! one eyebrow raised! everything and everyone suspicious! In fact, this soundtrack would add a certain je ne sais quoi to everything from walking the dog – when did the corner house become so creepy?! – to washing the dishes – where have all the knives gone?!! See, it would be fun! I would not, however, listen to this while driving alone late at night. Just saying.

This recording is a full orchestra-plus-vocals-and-synthesizer production, and it is dense and wonderful. As with all scores, there are a couple of themes that recur throughout. In fact, you could easily listen to this as one long piece. There are definite tonal differences from beginning to end, and a variety of orchestrations, plenty to keep it from being bland. Elfman periodically uses choirs (never with words though, just the lovely creepy “ahhhhh”) to make it epic, and occasionally a synthesizer for a surprising element. You’ll hear a lot of shimmering, sliding, driving, high-pitched strings, and great use of foreboding low strings and brass, trading off with misty, muffled alto flute and vibraphone and soft-mallet bells (and chimes, and timpani, and tenor drum – sorry, I was a percussionist) and even the occasional sound effect, but always in a creeptastic way.

Had there been more easily discernible themes to the score, a second disc might have been warranted, but as there isn’t, the single disc feels appropriate and remains entertaining. My review media was a digital download so I’m not able to comment on the packaging, though I believe that a full booklet is included.

Although these are listed and titled as separate tracks, 10-11 and 14-21 really run together, and if you play them individually as I did, you’ll get sudden cutoffs at the end of tracks that should be connected, so make sure to play the tracks continuously for the best experience.

This is a terrific, fun, atmospheric, rich, and engaging soundtrack, and I recommend it to all fans of the quietly creepy.

I give Dark Shadows: Original Score Five Out of Five Stars.

Pick up your copy of the Dark Shadows: Original Score at Amazon, using the link below!
[AMAZONPRODUCT=B007KL8UW2]