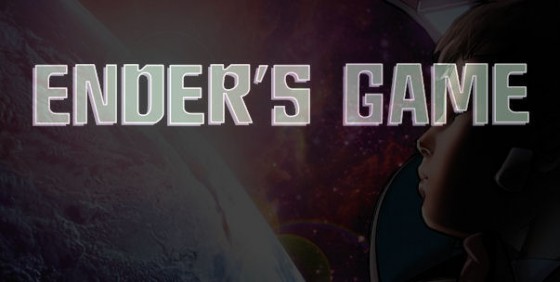 News for Gavin Hood‘s Ender’s Game has been dished to us slowly over the last few months. So very slowly. I mean, November is just right around the corner, right? Well we have a few tiny bits to keep us appeased until the next tiny bit is rationed out to us.

The logos for each of the military factions of the school (Asp, Dragon, Rat and Ender’s group Salamander) have been released and below we have the two stills that have been released so far including the Harrison Ford (Colonel Hyrum Graff) shot in the bunks and the Mess Hall area with Ender (Asa Butterfield) and Petra (Hailee Steinfeld).

Here’s the still from the Mess Hall and I’m loving the screen in the background. Rat vs. Asp with what I can only guess is team stats and then maybe vitals there on the outside? Maybe in the middle is a view of the set up of the battle room? I could look at this (with a magnified glass) all day. 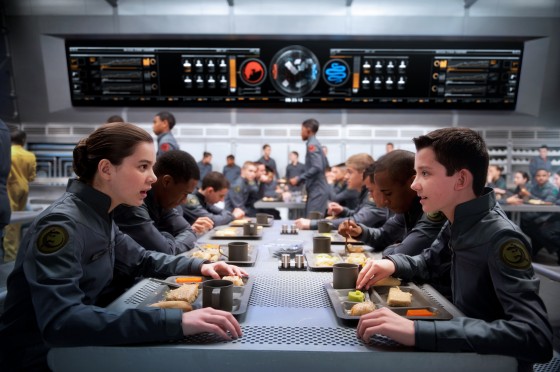 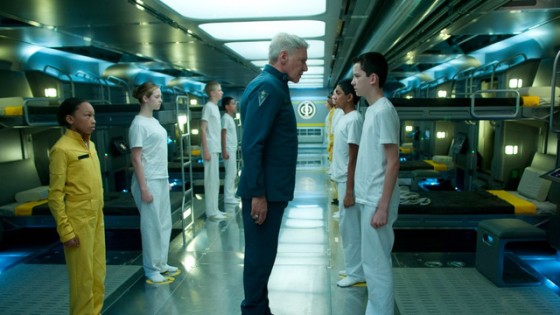 In the near future, a hostile alien race (called the Formics) have attacked Earth. If not for the legendary heroics of International Fleet Commander, Mazer Rackham (Ben Kingsley), all would have been lost. In preparation for the next attack, the highly esteemed Colonel Graff (Harrison Ford) and the International Military are training only the best young children to find the future Mazer. Ender Wiggin (Asa Butterfield), a shy, but strategically brilliant boy is pulled out of his school to join the elite.

Arriving at Battle School, Ender quickly and easily masters increasingly difficult war games, distiguising himself and winning respect amongst his peers. Ender is soon ordained by Graff as the military’s next great hope, resulting in his promotion to Command School. Once there, he’s trained by Mazer Rackham, himself, to lead his fellow soldiers into an epic battle that will determine the future of Earth and save the human race.

I just read Orson Scott Card‘s Ender’s Game for the first time this past spring and really liked it. I can’t wait to see what the big screen will do with this story.