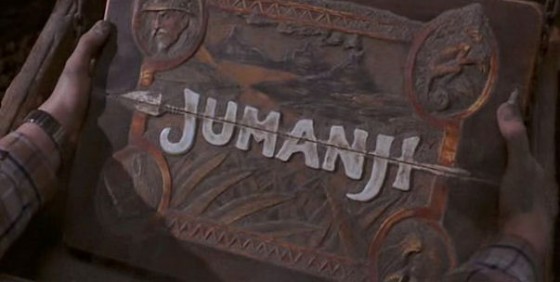 Back in 1995, a young Kirsten Dunst, Robin Williams and Bonnie Hunt starred in Jumanji. The film, directed by Joe Johnston (Captain America: The First Avenger) was based on a 1981 children’s book penned by Chris Van Allsburg, and centers on two kids who play an old magic board-game only to release a man who has been trapped in it for decades, along with a host of creatures that invade their quiet American suburb that can only be stopped by finishing the game.

Now, Variety says that Sony Pictures is looking to remake the film, with Matt Tolmach (The Amazing Spider-Man) set to produce, alongside original producer William Teitler.

The trade reports that the decision to update Jumanji “reflects the studio’s mandate to increase the focus on films for family audiences, as Sony has found great success with its “Smurfs” franchise and the animated pic “Cloudy With a Chance of Meatballs,” which has a sequel on the horizon”.

No production or release dates have been announced for Jumanji.