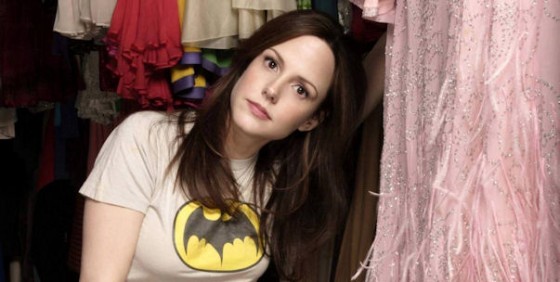 Last week, we brought you a taste of what Universal’s R.I.P.D. might be like through the palate of star Jeff Bridges. Bridges indicated that the film is “really out there” and seemed to find the comic book source material on which the film is based to be the projects strength.

Now, Variety reports that this adaptation of the Dark Horse comic of the same name (stands for Rest In Peace Department) by Peter M. Lenkov is in talks to add Weeds star Mary-Louise Parker to the cast. Parker will play the role that Jodie Foster had been interested in – the head of the R.I.P.D. division.

The story of R.I.P.D. follows a cop killed in the line of duty, who is recruited by a team of undead police officers working for the Rest in Peace Department. He [Reynolds] then tries to find the man who murdered him.