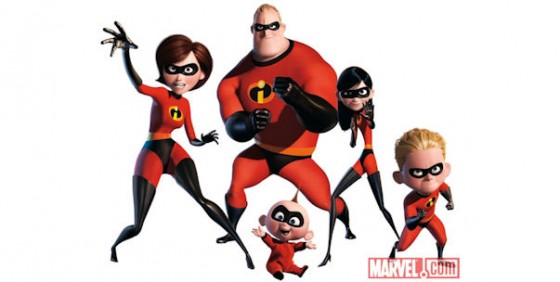 New York, NY – February 14, 2011—Marvel and Disney Publishing will debut DISNEY•PIXAR PRESENTS, a new monthly magazine featuring some of the most popular characters from the acclaimed Disney/Pixar films. Intended for readers of all ages and priced at $5.99, the first issue will hit stores in May 2011.

“We’re excited for the launch of DISNEY•PIXAR PRESENTS, teaming with our friends at Disney/Pixar to bring some exciting new material to fans all over the world and introducing a whole new generation to comics,” said Axel Alonso, Marvel Editor-in-Chief. “We’re committed to providing a great product and ensuring these books are available in locations that parents and kids frequent. The Disney/Pixar library includes some of the most popular characters of all time, making DISNEY•PIXAR PRESENTS exactly the kind of comic magazine that kids and parents have been demanding!”

Rev up those engines and join your favorite characters from CARS in DISNEY•PIXAR PRESENTS: Cars Magazine #1 as Lightning McQueen organizes a charity race for young cars with special needs, but he didn’t invite Piston Cup champion Chick Hicks. The snub gets Hick’s competitive juices flowing, and he’s out to show McQueen a thing or two about racing! Will Hicks ruin the good nature of the Radiator Springs Rally Race? Find out this May everywhere books and comics are sold.

To find a comic shop near you, call 1-888-comicbook or visit www.comicshoplocator.com

Marvel Entertainment, LLC, a wholly-owned subsidiary of The Walt Disney Company, is one of the world’s most prominent character-based entertainment companies, built on a proven library of over 8,000 characters featured in a variety of media over seventy years. Marvel utilizes its character franchises in entertainment, licensing and publishing. For more information visit www.marvel.com