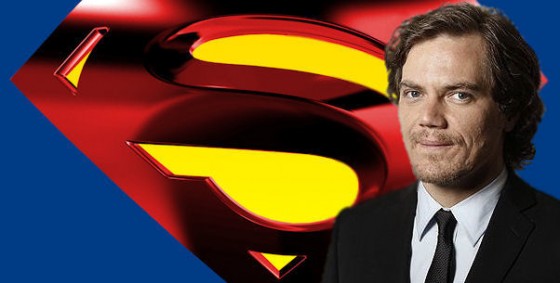 Over the past few weeks, we have brought you some behind the scenes pictures from the set of Just last week, we brought you some pictures from the set of director Zack Snyder‘s (300, Watchmen) forthcoming Superman reboot, Man of Steel, featuring Henry Cavill in the new Superman suit, and Antje Traue in her all-black duds as Faora, alongside another unidentified actor in a motion capture suit.

One of the images taken by Ed Larom (seen below) was the cause of speculation because people were fairly certain that the man in the motion capture suit was actor Michael Shannon who is portraying the villainous General Zod in the film. 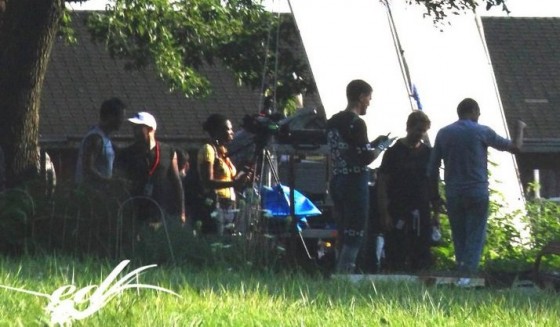 Later, images like the one below were released which showed a male actor in a mocap suit that was obviously not Shannon, and led to further speculation of another all-digital baddie in the film, due to the raised eye-line attached to the actor’s head via pole and marker. 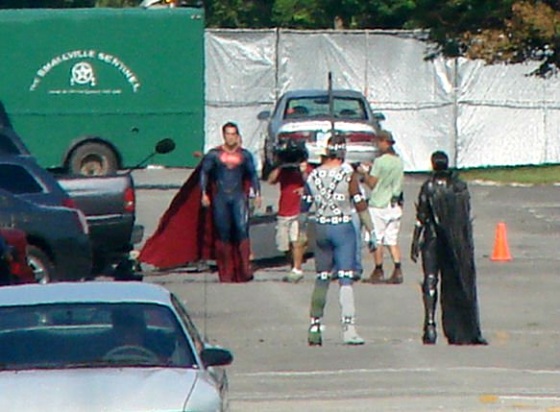 Well, it seems that both things are likely true. While promoting his current film Take Shelter, Shannon spoke a bit about the mocap suit and confirmed that at least the first image was him, and that other actor’s in the film are wearing them as well.

“Yeah, it’s one of the most humiliating garments that exists in the known universe, yes. It’s very tight. It has a variety of different colors and shapes on it and it makes you feel like you’re the court jester. And it’s funny because when I met with Zack (Snyder) we were talking about it before it started and he mentioned that there was going to be a lot of CGI, or whatever. I said, ‘Just don’t make me wear one of those silly suits.’

He said, ‘Oh, yeah, don’t worry, I know exactly what you’re talking about.’

I was like, ‘It’s going to be really hard for me to be intimidating if I have to wear one of those silly suits.’ He said, ‘I totally understand.’

Then I showed up and he’s like, ‘Dude, I swear to God, it’s going to be so bad ass when we done. Trust me, it’s going to be wicked.’ And, you know, people understand and you get used to it. The first day, you feel like you’re getting rushed by a fraternity… and then it wears off the next day. Because I’m not the only one wearing one – there are other people wearing them, too.”

Shannon also recently spoke with MTV about playing Zod in the film and said,

“I’m not going to impersonate Terence Stamp. I’m not going to have a British accent or anything. I’m still getting my foot into the pool, you know? I just started working on it and all I can say is that it’s very well written. There’s a lot of really great opportunities to re-invent it for myself. To me, [being a General is] such an interesting kind of iconoclastic character. I can’t imagine even being a Sergeant, let alone a General. He’s in charge of the entire military of Krypton. That’s going to take every little shred of imagination that I have. It’s a good challenge.”