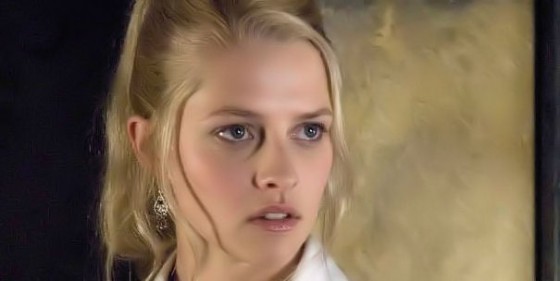 Way back in January we told you that Teresa Palmer (The Sorcerer’s Apprentice, I Am Number Four) was in negotiations to join Tom Hardy (Inception) and Charlize Theron (Hancock) in the cast of George Miller’s upcoming return to the post-apocalyptic wasteland, Mad Max: Fury Road.

Well, apparently she won’t be calling ‘shotgun’ in Mad Max after all. According to comingsoon who caught up with Palmer at a junket for for the upcoming Walt Disney Pictures release, The Sorcerer’s Apprentice –  the actress said that she will not be a part of Miller’s film.

“I’m not [in it], actually, That’s just a rumor that has been on the internet.”

This is really odd because it didn’t seem like just a “rumor” considering the industry trades reported her negotiations and her Sorcerer’s Apprentice co-star Jay Baruchel told The Herald Sun,

“She gets to work with him, and she’s (going to be) doing ‘Mad Max 4’ with Miller, She’s the main chick in ‘Fury Road’. She’s going to be there for over a year. It’s really, really cool.”