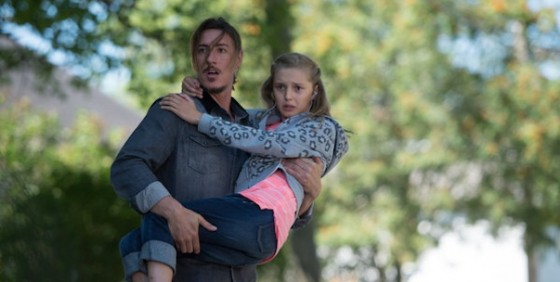 Nice twist at the end of last week’s Haven! If you missed it, you really must go watch it on VOD, it was a terrific episode. And of course there was the whole Nathan’s dream situation, which I’ll not go in to here. Just go watch. Go on.

The new “Inside Haven” featurette doesn’t have any major spoilers from last week, but it does have a very cool look at how they create the effect of someone being shot by a gun, and in this case the victim is not surprisingly Sheriff Dwight, the bullet magnet.

The next episode looks like it will continue to move the main storyline along while still uncovering a Trouble of the Week, a combination at which the good folks behind Haven are expert. This week’s trouble looks like it’s an air pressure thing, which results in some pretty cool effects. Unfortunate for the victims, of course, but still pretty cool.


Wait – what did Audrey just do? Argh, I hate waiting until Friday at 10!