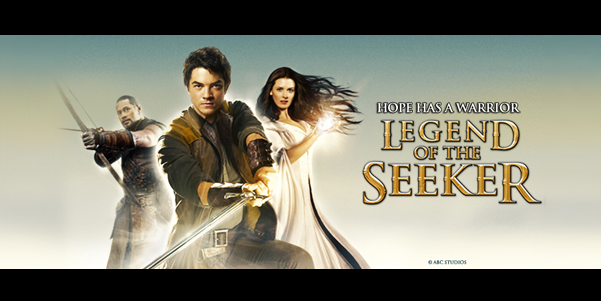 The second season of “Legend of the Seeker” begins tonight with a two hour event, beginning with the season one finale airing right before the season two premiere.  Before we delve into just how sexy this show will get this next season, here’s a primer on season one with a preview of season two:

Not only is the knight-in-shining-armor hero, Richard (Craig Horner) in between two beautiful and powerful ladies, Kahlan, the Confessor (Bridget Regan) and Cara, the Mord’Sith (Tabrett Bethell), but you can only imagine how hot this show will get with the addition of Charisma Carpenter (Buffy/Angel’s Cordelia Chase) as we reported to you earlier AND Jolene Blalock (Star Trek Enterprise’s T’Pol).  Carpenter is leather-clad as a Mord’Sith and Blalock will have a recurring character of Sister Nicci, a Sister of the Dark.  Below pics are of Richard and Kahlan, followed by Richard and Cara, and a smokin’ Jolene Blalock. 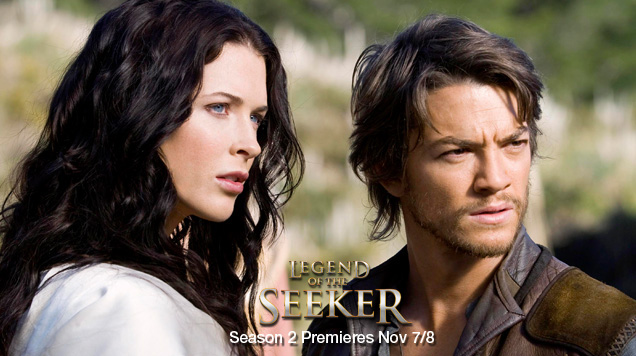 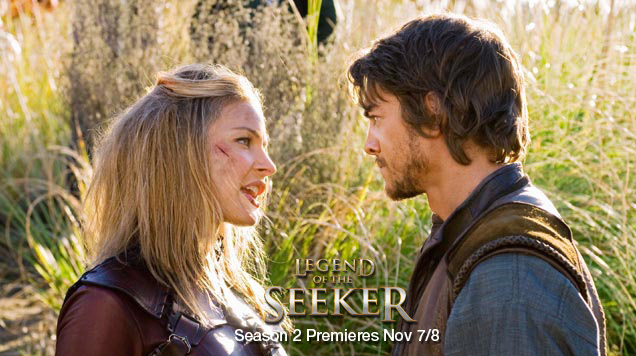 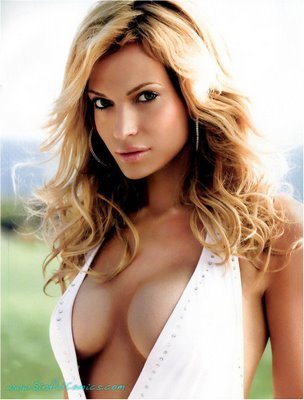 SEXY SPOILER: There will be a serious cat fight between a naked Cara (Tabrett Bethell) and Charisma Carpenter’s Mord’Sith! Here’s a still and a sneak peek at that scene (don’t you love me for this?):