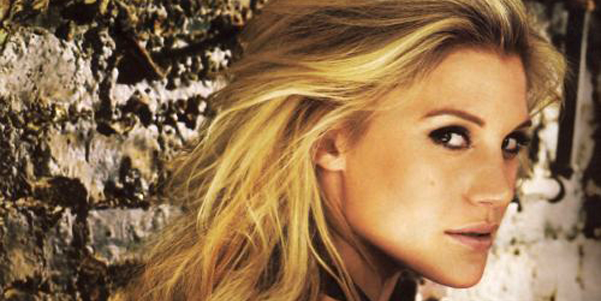 Sackhoff has been a fan of comic books since she was a kid:

“I grew up reading ‘Betty & Veronica. I was obsessed with it. Every time that we would go on an airplane or on a car trip I would go and get them and now I’ve become a fan of just the genre in general. It really makes me excited. I’m a huge fan of [comics writer and television producer] Jeph Loeb. I’ve read all his work and I think he’s phenomenal. And I love all the Superman stuff he’s done.”

Sackhoff’s writing partner, Sxy’Leithan Essex is the writer/director behind a fight club-like film, “Growl”, that will start production next year with a 2011 release date.  “Growl” is described as such:

“A traveling underground fight club called ‘The Brawlers’ arrive at a derelict ghost town tucked away in the Colorado Rockies. They meet the town’s only residents, the Maxilla family who want to buy on to the fight card. But the Maxilla family’s true intentions for the Brawler crew is soon revealed in teeth and claws. Some will be hunted, some will be feed, and some will become part of the family…whether they like it or not.”

OMG, do we have to wait until Comic Con to know what “Versus” will be about?