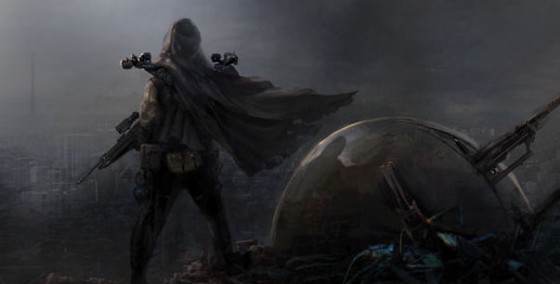 Back in September of last year, Walt Disney Pictures acquired the film rights to Tron: Legacy director, Joseph Kosinski‘s graphic novel entitled Oblivion. Kosinski has been developing the project with Radical Publishing, and he is set to direct the film and produce alongside Barry Levine, the head of Radical.

Just a month after that, we brought you a report that Walt Disney Pictures had hired Oscar-winning screenwriter William Monahan (The Departed) to adapt the graphic novel for the big-screen. Now, THR reports that Karl Gajdusek (Trespass) has been hired to rewrite Monahan’s draft, and the project will no longer be titled Oblivion. The name of the film is now Horizons.

Horizons is set on a future Earth that has been polluted to the point of inhabitability. What’s left of the human race lives above the clouds, safe from alien scavengers that dwell in the ruins of a once thriving race. The story revolves around a repairman named Jak who finds himself on a life-altering adventure after he discovers a mysterious woman in a crashed pod.

The graphic novel Oblivion (which is the basis for Horizons) was created by Joseph Kosinski, written by Arvid Nelson & Andree Wallin. The film is slated to hit theaters in 2012.