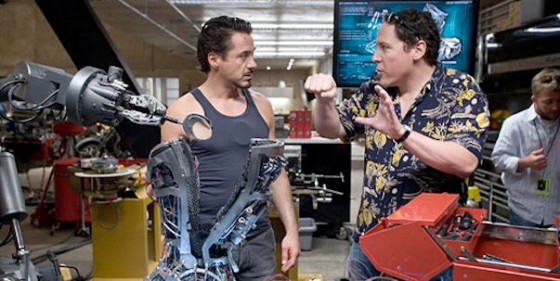 Earlier this month, we brought you the news that Marvel Studios was location scouting in Troy, New York for the production of Iron Man 3. Director Jon Favreau (Cowboys & Aliens) also dropped some info about the third installment, saying that Iron Man 3 would actually be more of a sequel or continuation of Thor, The Incredible Hulk, Captain America: The First Avenger, and the Joss Whedon directed team-up, The Avengers, than a follow-up to Iron Man 2.

Now, NYMag reports that Favreau will not be directing the third installment of the Iron Man franchise. The director will however be sticking with Marvel’s parent company for his next film, directing Magic Kingdom for Walt Disney Pictures.

It’s true, I’m directing Magic Kingdom, not Iron Man 3. I’ve had a great run with Marvel and wish them the best.

The director then told the LA Times,

“Marvel and I both came of age together. The years that we shared were a pivotal experience. Kevin has a firm grasp on the many franchises and how they all interweave and I am happy that I had the opportunity to establish the world that these characters can now play in…. Iron Man has given me tremendous opportunities and Kevin and I are enjoying a lot of momentum in our careers thanks to the Iron Man films. I look forward to seeing what others can do playing in the same world.”