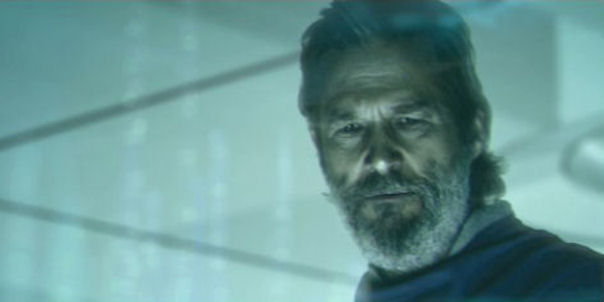 Tron Legacy is the sequel to the 1982 film Tron. Joseph Kosinski is directing, and the previous director, Steven Lisberger, is returning producer. Jeff Bridges will reprise his role as Kevin Flynn, and Bruce Boxleitner will reprise his roles as both Alan Bradley and Tron, and Garrett Hedlund will portray Flynn’s now-adult son, Sam. Olivia Wilde, Beau Garrett and John Hurt will join them in the long anticipated sequel. Tron Legacy is currently in post-production, and will be released in December of 2010.

Jeff Bridges recently spoke with a group reporters about his upcoming film Crazy Heart, amd during the the interview he also discussed a bit about Tron Legacy.

On What is was like to play Kevin Flynn again for Tron Legacy, Bridges said;

Wow, it was great. Getting back with my old buddy, Steven Lisberger, and Bruce Boxleitner. I guess the same thing appealed to me about the sequel that appealed to me about the original, which was this idea that there’s a kid aspect to what I do, pretending and all that stuff. I used to love to pretend when I was a kid, and here’s a movie where I get to play a guy who gets sucked inside a computer and gets to use all the modern technology that’s available today. The same goes with the sequel, except that all the technology that we’re using in that makes the old one look like an old black and white TV show or something. Gosh, it’s amazing what they’ve got going on this. I can’t wait to see it all pasted together.

That teaser was something they do kind of often with movies, and I think it’s a good idea. The Cohen brothers told me they did it when making Blood Simple. Before they even shoot the movie at all, they shoot the trailer of the movie, as if it was already made, and then they use that to entice the financiers. So, even though it was a Disney property, Disney wanted them to shoot this pretty expensive trailer. I don’t know how much it cost, but it was pretty expensive. And, all that technology that we were going to use in the movie itself is used in the trailer. It wasn’t as highly polished as the movie is going to be, but it gives you a little peak into what you might find.

On stepping back into the role of Kevin Flynn after all these years, Bridges said;

It was challenging, in that I got a little taste of this new technology of acting in the volume and making movies without cameras. That was hard.