Jeff Bridges: IRON MAN Had No Script, Was Like A $200 Million Student Film 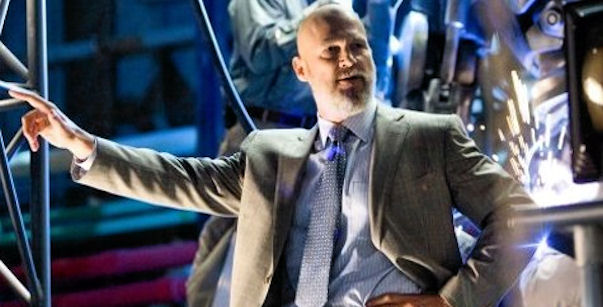 Jeff Bridges (Iron Man, Tron, Tron: Legacy), who played the villainous Obadiah Stane in the first big screen Iron Man adaptation, recently sat down for an interview and said that he, the cast and filmmakers had less to work with than Tony Stark while he was stuck in that middle eastern cave and had to think of it as a $200 million student film.

Straight from the mouth of “The Dude” himself, Bridges said:

“They had no script, man. They had an outline. We would show up for big scenes every day and we wouldn’t know what we were going to say. We would have to go into our trailer and work on this scene and call up writers on the phone, ‘You got any ideas?’ Meanwhile the crew is tapping their foot on the stage waiting for us to come on.”

Bridges, director Jon Favreau and Robert Downey Jr. would literally act out sequences during primitive rehearsals, Downey taking on Bridges’s role and vice versa, to find and essentially improvise their way to full scenes, the actor recounts. Bridges says that the entire production was probably saved by the improv prowess of the film’s director and star.

“You’ve got the suits from Marvel in the trailer with us saying, ‘No, you wouldn’t say that,'” Bridges continued. “You would think with a $200 million movie you’d have the shit together, but it was just the opposite. And the reason for that is because they get ahead of themselves. They have a release date before the script, ‘Oh, we’ll have the script before that time,’ and they don’t have their shit together.

“Jon dealt with it so well,” Bridges continues. “It freaked me out. I was very anxious. I like to be prepared. I like to know my lines, man, that’s my school. Very prepared. That was very irritating, and then I just made this adjustment. It happens in movies a lot where something’s rubbing against your fur and it’s not feeling right, but it’s just the way it is. You can spend a lot of energy bitching about that or you can figure out how you’re going to do it, how you’re going to play this hand you’ve been dealt. What you can control is how you perceive things and your thinking about it. So I said, ‘Oh, what we’re doing here, we’re making a $200 million student film. We’re all just fuckin’ around! We’re playin’. Oh, great!’ That took all the pressure off. ‘Oh, just jam, man, just play.’ And it turned out great!”