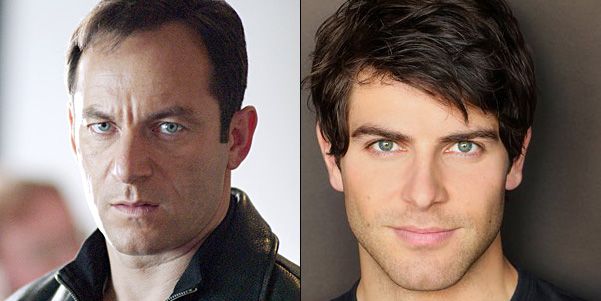 NBC pilots REM and Grimm have been busy casting their lead roles. Jason Isaacs (Brotherhood, Harry Potter), pictured above at left, has taken the lead role and will also be a producer for a new show from Lone Star creator Kyle Killen and 20th Century Fox TV called REM. Early descriptions pin the show as an “Inception–style thriller” following a “cop who wakes up after an accident to find he is living in two different realities.”

As for Grimm, a series where a “fantastical cop drama” is based on the premise that the Grimm Fairy Tales do exist, David Giuntoli (Turn the Beat Around, Love Bites), pictured above at right,  has been cast in the lead role of Nick Burckhardt, “a good-looking detective who starts to see humans as  beast/animals and discovered that he has a legacy – to protect “humans” from these beasts.”