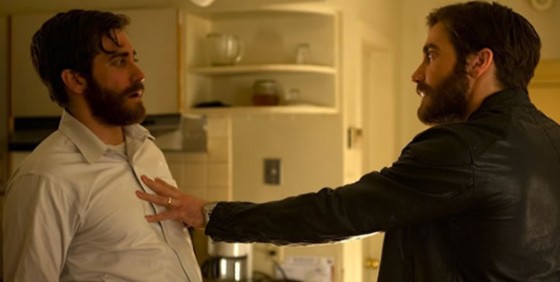 In case you weren’t aware, sometimes Hollywood gets on a trend and we start seeing a lot of the same type of movies around. One such example is a couple of artsy movies with a troubled and doubled main character. Enemy starring Jake Gyllenhall is set to be released on DVD and Digital UltraViolet this summer.

Enemy is based on the book The Double, by Jose Saramongo. This is not to be confused with the movie The Double starring Jesse Eisenberg, which is based on a novella by Fyodor Dostoyevsky. Confusing, it is.

Here’s the poster and info followed by the trailer for the release of Enemy: 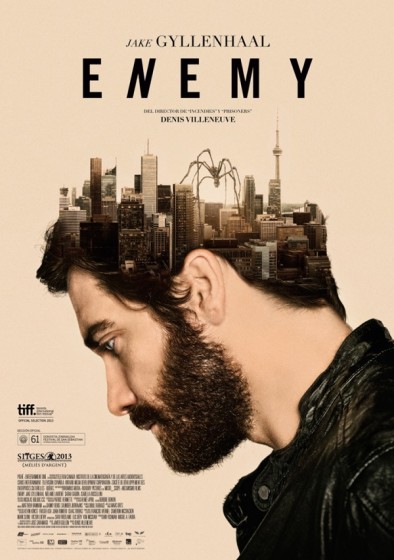 Academy Award® nominee Jake Gyllenhaal (Best Supporting Actor, Brokeback Mountain, 2005) reteams with his Prisoners director, Denis Villeneuve, in Enemy, a sexy and mind-bending thriller that breathes new life into the doppelganger tradition arriving on DVD (plus Digital UltraViolet) June 24 from Lionsgate Home Entertainment. Released theatrically by A24, the film is based on Nobel Prize in Literature winner Jose Saramongo’s novel The Double, and also stars Mélanie Laurent (Now You See Me), Sarah Gadon (A Dangerous Method) and Isabella Rossellini (Fearless). Winner of the Grand Prize of European Fantasy Film in Silver at the Catalonian International Film Festival, the Enemy DVD includes a “making of” featurette and will be available for the suggested retail price of $19.98.

Adam Bell (Gyllenhaal) is a glum professor who has grown disinterested by his ordinary life. When Adam discovers a man who appears to be his double, the identical men meet and their lives become bizarrely and hauntingly intertwined. Gyllenhaal is transfixing playing both roles, journeying through a world both familiar and strange. The film’s final and unnerving image will not be soon forgotten by audiences. In the end, only one man can survive.