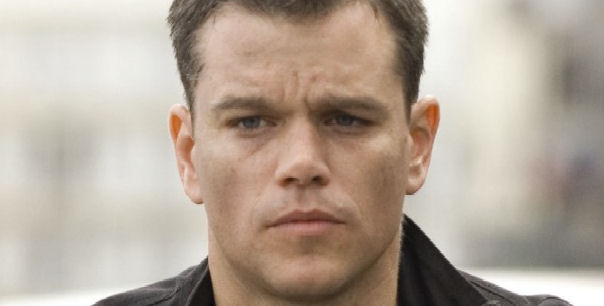 Prior to the official announcement of who exactly would be taking their places at the bridge of the Enterprise in Abrams Star Trek, rumors had floated throughout the cosmos that director JJ Abrams wanted Matt Damon to play Captain James Tiberius Kirk. IGN asked Damon about the reports during the Bourne Ultimatum junket, to which Matt replied that is was just “internet rumor”. When asked if he was offered the role of James T Kirk in the Star Trek reboot, Damon responded with the following:

“I know JJ, and I talked to him and said ‘what is the deal?’ and he said ‘no. the Kirk in my movie is much younger. These are the early years… I think he’s hiring a twenty year old actor…”

Two years later, Abrams has admitted that he had approached Damon for a part in Trek, but Damon turned down the offer:

“I actually approached Matt and we had some discussions, but everything happens for a reason. On the one hand, it would have been great to work with Matt – but at the end of the day, it was such a better move to cast the movie with unknowns.”

In a recent interview with MTV, Abrams offered clarification on the Damon casting story. He did offer Damon a chance to be in Trek, but not as Captain James T. Kirk – but as Kirk’s father (George Kirk), a role taken by Chris Hemsworth.

“I did [approach Damon], but not for the role of James Kirk. I went to Damon for the role of Kirk’s father, and he declined in the most gracious and understandable and logical of reasons. We lucked out with Chris Hemsworth, and he did a great job. Maybe it would have been distracting to have someone as massively famous as Matt Damon in that role. … The decision was made very early on to have actors who were not necessarily the most famous but the most right for the role.”