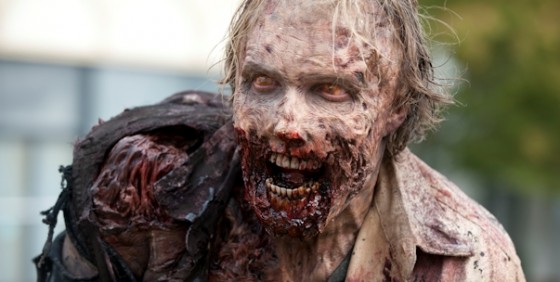 After that great episode last week, The Walking Dead is absolutely welcome to continue returning, relentlessly, to my home on a weekly basis. To help us all fully prepare for the onslaught of the next episode, the usual contingent of videos have emerged and are presented for our study and amusement.

First up is a “Making Of” featurette for last week’s scene of the zombie incursion into Woodbury. I THOUGHT that zombie looked familiar…

Featurette: The Walking Dead – The Making of Episode 309: The Suicide King


Next is an “Inside the Episode” featurette, with insights from a number of people involved in the episode. It still cracks me up that the actors who play Rick, the Governor, and Maggie sound nothing like their characters.

Featurette: The Walking Dead – Inside Episode 309: The Suicide King


The “Talked About” scene featured from last week is of Rick starting to unravel:


And finally, here’s a clip from the next episode. It’s not spoilery per se, but rather makes me really anxious to get on with that next episode absolutely as soon as possible: