How to Spend Your 4th, Part 1: Animated TRANSFORMERS Marathon 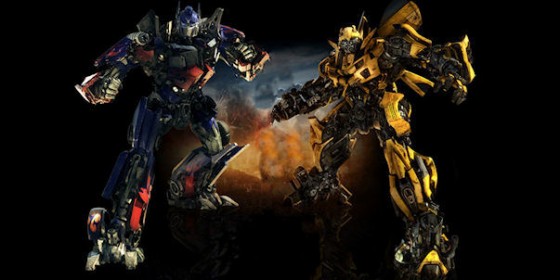 Whether it’s because you live on the east coast (please stay safe) or you just feel like staying inside, if you need some viewing ideas for the holiday, SciFi Mafia is here for you. Once you’ve watched all of the trailers and TV spots and featurettes here on the site, of course.

First up, it’s the Transformers! With exceptional voice casts including Leonard Nimoy, Eric Idle, John Noble, LeVar Burton, even Orson Welles, and without a Michael Bay in sight, for those of you who might prefer your Transformers in animated form:

This Fourth of July, the Hub Network will be transforming its schedule to celebrate the 30th anniversary of the legendary TRANSFORMERS franchise. This viewing event kicks off with a “Transformers Rescue Bots” marathon (11 a.m. – 4 p.m. ET/8 a.m. – 1 p.m. PT), featuring episodes from season two. Afterwards, viewers can relive the epic battles between the Autobots, Decepticons, Unicron and more on “Transformers: The Animated Movie” at 4 p.m. ET/1 p.m. PT and “Transformers Prime Beast Hunters Predacons Rising” at 6 p.m. ET/3 p.m. PT on the Hub Network, champions of family fun and the only network dedicated to providing kids and their families with entertainment they can watch together.

Schedule for Fourth of July Marathon:

11 a.m. – 4 p.m. ET: “Transformers Rescue Bots”
This animated series centers on a group of Autobots – Heatwave, Blades, Boulder and Chase – charged by Optimus Prime to protect and learn about humans on Griffin Rock, a technologically advanced island off the Eastern seaboard. Teamed with a human family of first responders including a firefighter, police chief, engineer and rescue pilot, they keep peace and safety in their new home. The series features an ensemble of voice talent including, LeVar Burton (“Star Trek: The Next Generation”), Lacey Chabert (“Party of Five”), Maurice LaMarche (“Futurama”), Jason Marsden (“Step by Step”) and Peter Cullen (“Transformers Prime”).

4–6 p.m. ET: “Transformers: The Animated Movie”
While the Autobots and Decepticons are locked in a vicious battle, a colossal new force enters the universe and threatens the existence of every Transformer, both good and evil, in its quest to seize the Autobot Matrix of Leadership. The movie features an all-star cast, including Orson Welles (“Citizen Kane”), Eric Idle (“Monty Python and the Holy Grail”), Leonard Nimoy (“Star Trek”), Peter Cullen (“Transformers Prime”), Judd Nelson (“The Breakfast Club”), Robert Stack (“The Untouchables”) and Lionel Stander (“Hart to Hart”).

About the Hub Network

The Hub Network is a multi-platform joint venture between Discovery Communications (NASDAQ: DISCA, DISCB, DISCK) and Hasbro Inc., (NASDAQ: HAS) that champions family fun by providing relatable, funny, family friendly entertainment experiences that children and their parents can enjoy together. The cable and satellite television network features original programming as well as content from Hasbro’s rich portfolio of entertainment and educational properties built during the past 90 years and from leading third-party producers worldwide. The Hub Network’s lineup includes animated and live-action series, as well as specials, game shows, and family-favorite movies. The network extends its content through a robust and engaging online presence at HubNetwork.com. The Hub Network rebranded from Discovery Kids on October 10, 2010, and is available in nearly 71 million U.S. households. The Hub Network logo and name are trademarks of Hub Television Networks, LLC. All rights reserved.

To find the channel in your area, please visit HubNetwork.com and check the channel locator at the top of the page.

Hasbro Studios is the Los Angeles-based entertainment division of Hasbro, Inc. (NASDAQ: HAS). The studio is responsible for entertainment brand-driven storytelling for the company across television, film, commercial productions and short-form. It develops, produces and distributes TV shows based on Hasbro’s world class brands, including TRANSFORMERS, MY LITTLE PONY, LITTLEST PET SHOP and FAMILY GAME NIGHT. Many of these shows air on the Hub Network, a U.S. television network for kids and their families, that is a joint venture between Hasbro and Discovery Communications (NASDAQ: DISCA, DISCB, DISCK). Hasbro Studios shows can also be seen on networks in more than 180 territories globally. Since its formation in 2009, the studio has received seven Daytime Emmy wins and 16 nominations. On the film side, the studio is developing and producing a number of features based on Hasbro’s brands, including TRANSFORMERS: AGE OF EXTINCTION (Paramount), G.I. JOE 3 (Paramount) and CANDY LAND (Sony). The studio team also oversees the production of commercials that feature Hasbro’s brands as well production of short-form content that can be seen on all of the major digital and social media platforms globally.