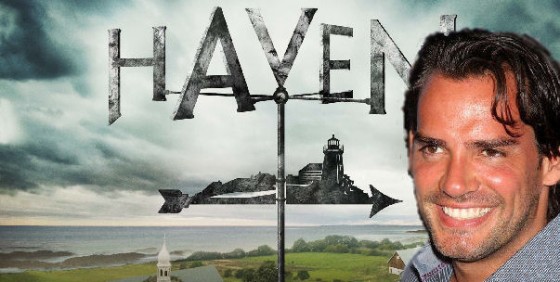 The official description reads: “Christian de la Fuente plays a straight-laced banker who is hiding a dark and shocking double life as a serial killer with a twist.” Nice! Now check out this tv spot:

Cristian spoke with the media recently about the part. SciFi Vision asked him if he could tell us a little more:

(I)t was a great challenge and I don’t want to give too much about the character because there’s going to be a lot of surprises that you’re going to find out during the episode. But, it’s not your evil twin, but it’s that incarnation of all your bad thoughts that one day you wake up and you’re facing them. All your thoughts are materialized in a person that looks exactly like you and you’re confronted (with) them.

Well, I realized that as an actor, unless you do theater you don’t have feedback or you don’t have a relationship with the audience, because you know everything you do is on the screen and people see it and you don’t get feedback.

With Twitter and with all the social tools that now are on the Internet, it’s a great way to keep in touch with people that see your work, and get their feedback, and have this kind of virtual friends that they follow you through your life and you follow them. And it’s kind of cool because in the journey in life you’re doing it with a group of people that are going with you, so it’s a lot of fun.

They also asked him what brings people to watch Haven:

Well, when I saw the sneak peek of this weeks’ episode and the promos that they have, you realize that Haven taps into that magic and unknown world that we never see, but it may exist or it may not, but it’s always a surprising world. Everything has a surprising twist and everything is unpredictable. In life, many times things are very predictable, but in Haven nothing is predictable.

Cristian said he would welcome a return to the series, as he found the cast and crew quickly became like family. Hear that, Haven? PLEASE LET HIM COME BACK. And while we’re at it, SYFY PLEASE GIVE US A HAVEN SEASON 3. Thank you.