Haven Opens Its Doors to Even More New Cast Members

Earlier this month we told you about the only-in-Haven-type “cleaner” cast for Haven‘s upcoming Season 3. Now comes word of two more newbies moving in on our favorite town, along with more inside information about what we can be looking for when the series returns in September:

NEW YORK – May 18, 2012 – Dorian Missick (Southland, The Cape) and Kate Kelton (Harold and Kumar, American Psycho 2) will join the cast of Syfy’s popular series Haven in recurring roles when the show returns for its third season beginning Friday, September 21 at 10PM (ET/PT). 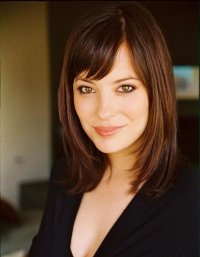 Kelton portrays the spirited and fierce “Jordan McKee.” She’s a waitress at “The Gun & Rose Diner,” and also an influential member of a mysterious organization of “troubled” people whose identity is known by the distinctive tattoo marking its members. 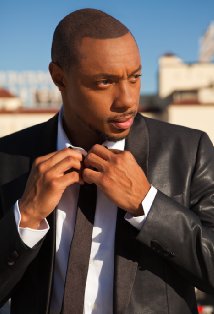 Season three of Haven picks up immediately following the events of the gripping season two finale with Audrey having been brutally kidnapped; Nathan (Lucas Bryant) warned against pursuing a romantic relationship with Audrey; and Duke (Eric Balfour) seemingly engaged in a fight to the death with Nathan after he discovers his family lineage is to kill Haven citizens with troubles.

About Syfy
Syfy is a media destination for imagination-based entertainment. With year round acclaimed original series, events, blockbuster movies, classic science fiction and fantasy programming, a dynamic Web site (www.Syfy.com) and a portfolio of adjacent business (Syfy Ventures), Syfy is a passport to limitless possibilities. Originally launched in 1992 as SCI FI Channel, and currently in more than 98 million homes, Syfy is a network of NBCUniversal, one of the world’s leading media and entertainment companies. (Syfy. Imagine greater.)

About Entertainment One
Entertainment One Ltd. (LSE:ETO) is a leading international entertainment company that specializes in the acquisition, production and distribution of film and television content. The company’s comprehensive network extends around the globe including Canada, the U.S., the UK, Ireland, Benelux, France, Germany, Scandinavia, Australia, New Zealand and South Africa. Through established Entertainment and Distribution divisions, the company provides extensive expertise in film distribution, television and music production, family programming and merchandising and licensing. Its current rights library is exploited across all media formats and includes more than 20,000 film and television titles, 2,500 hours of television programming and 45,000 music tracks.