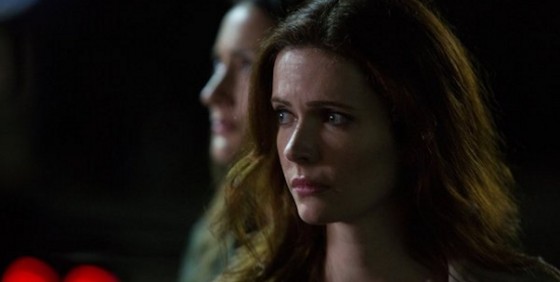 The Season 3 premiere of Grimm is tonight, and it’s about time. I can’t wait to hear what German-sounding-named weird creature – sorry, “wesen” – we’ll be learning about next. Plus, we have to see how Nick gets un-zombified. And hooray, Juliette is finally in the know and gets to be the badass we always knew she could be. Bitsie Tulloch is pretty happy about that, too.

Check out what she had to say about the season, when SciFi Mafia spoke with her earlier this week. We asked what she’s most looking forward to fans seeing with her character and with the show:

I think a lot of that has to do with the fact that Jim [Kouf] and David Greenwalt, our showrunners, have really been able to delve deeper into the mythology aspect, and I think that’s really what the fans like. I mean the procedural stuff is fun, but they’re into this mythology and they’re into this wesen family tree that’s been created and sort of connecting all of the dots, and now they’re going further into the seven royal families.

Episode 1 coming back – 1 and 2 really, considering they’re both still dealing with the zombie storyline – they really feel like movies. (It’s) the first time I’ve seen an episode of Grimm – Norberto Barba, who’s our main producing director, did it – (where) it feels like a one hour film. 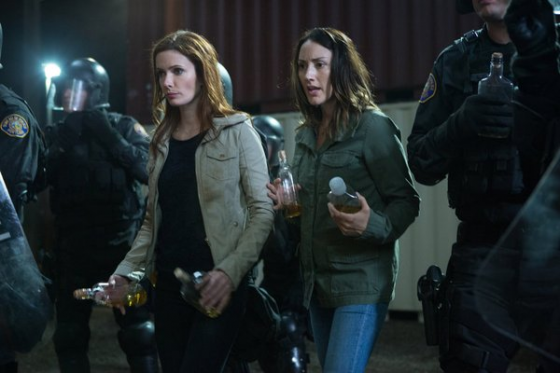 And there was a lot of action, I was doing a lot of stunts which I had a blast with. You know, at one point, Bree [Turner (Rosalee)] and Silas [Weir Mitchell (Monroe)] and I were basically dangling from the top of a container yard that was like 50 feet high. It was just really fun. 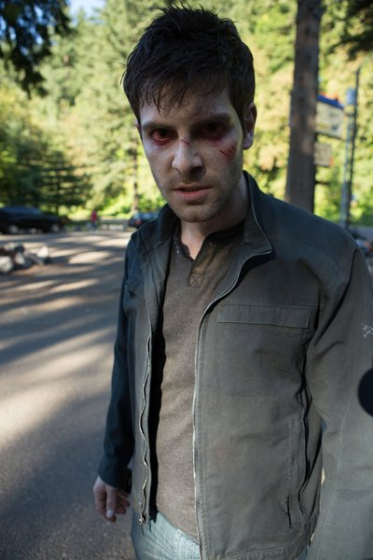 I think what I’m most excited about, besides the fact that every script that comes in, I’m like, “Ah! This is so great!” I’m loving all the scripts and everything, I usually shoot with David [Giuntoli (Nick)] for the most part. I’m getting to shoot more with everybody else because Juliette is now part of the “Scooby Squad” and that’s been really fun for me.

You know, I think that in the past, last season in particular, having amnesia and Season 1 basically, the main thing was Nick having to hide it from me. David and I have just been having so much fun shooting together this season. Because it changes everything for us. The fact that I get to be involved, and I get to help him solve storylines. But even just the fact that we can talk about this stuff has changed everything for us, and it’s been really great.

Favorite parts of her answer? The fact that she calls the main characters the Scooby Squad – cuz, you know, they investigate the weird – and the fact that she was dangling 50 feet above the ground and had fun with it. Thanks to Bitsie Tulloch for taking the time to talk with us; I can’t wait to see the premiere.

Here’s one last reminder of where we left off, and what’s to come: