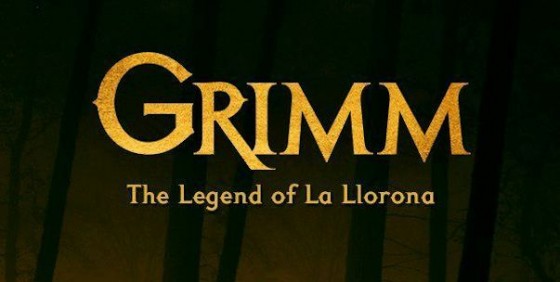 Plenty of “regular” shows are airing Halloween episodes this week, but we love that Our Shows are doing the same, especially when you consider that most regular episodes of Our Shows could be already be considered Halloween fare. Tonight, Grimm takes on Halloween with an episode that takes on a Latin American folk tale, La Llorona. We also learn that Wesen have a particular fondness for this holiday.

For the first time, NBC will be broadcasting tonight’s episode of Grimm in Spanish on Telemundo from 12-1 a.m. (ET) and English on mun2 at 1-2 a.m. (ET). These airings will follow the episode’s debut on NBC at 9/8c. More about that is in the press release, which follows these videos for your Halloween episode appetizers: 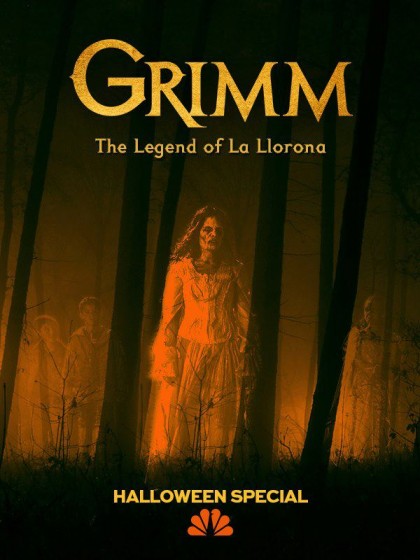 UNIVERSAL CITY, Calif. – NBC’s acclaimed drama series “Grimm” will join with Telemundo, mun2 and Universal Studios Hollywood’s “Halloween Horror Nights” in an unprecedented NBCUniversal cross-divisional event when its Halloween episode “La Llorona” is broadcast on October 26/27. The episode, featuring Kate del Castillo (Telemundo’s “La Reina del Sur”), is inspired by the haunting Latin American legend of the same name and will be broadcast in Spanish on Telemundo from 12-1 a.m. (ET) and English on mun2 at 1-2 a.m. (ET). These airings will follow the episode’s debut on NBC at 9-10 p.m. (ET).

The legend of La Llorona (“The Weeping Woman”) is an enduring tale from Latin American folklore that tells of a distraught mother who drowned her children and then herself. The ghost of the mother emerges from water and is forced to return to haunt and terrorize the living.

“There’s strong synergy at NBCUniversal as evidenced by this cross-divisional event,” said Jennifer Salke, President, NBC Entertainment. “NBC, Telemundo — and guests attending the Halloween Horror Nights event at Universal Studios Hollywood — will experience the terrifying legend of La Llorona as it unfolds before their eyes.”

“This cross-brand partnership is a great indicator of the reach and cultural depth of the NBCUniversal properties and our understanding of the Hispanic market,” said Jacqueline Hernandez, COO of Telemundo Media. “The unique appeal of NBC’s ‘Grimm’ featuring Kate del Castillo, together with the reach of Telemundo, mun2 and the Halloween Horror Nights La Llorona maze, are a smart way to effectively reach this audience across all levels of acculturation and language.”

“In our research of all things horror, we found that Latinos have vivid memories of the story of La Llorona from their childhood,” said Xiomara Wiley, Senior Vice President, Marketing & Sales, Universal Studios Hollywood. “We were inspired to recreate the terrifying tale, and we are thrilled to bring this legend to life for all of our fans. It’s just great to also partner with our TV networks to continue to tell this horrible and fantastic story.”

In the episode of “Grimm,” detectives Nick Burkhardt (David Giuntoli) and Hank Griffin (Russell Hornsby) take on the other worldly predator, believed to be “La Llorona,” which has abducted some of Portland’s children on Halloween. Kate del Castillo — star of Telemundo’s hit miniseries “La Reina del Sur” and the upcoming films “K11” and “No Good Deeds” — guest-stars as Valentina Espinosa, a mysterious detective from New Mexico on an obsessive mission to uncover the truth behind the bizarre disappearances and joins forces with Burkhardt and Griffin to intervene before it’s too late.

“Grimm” is a drama series inspired by the classic Grimm Brother’s Fairy Tales. After Portland homicide detective Nick Burkhardt (David Giuntoli, “Turn the Beat Around”) discovers he’s descended from an elite line of criminal profilers known as ‘Grimms,’ he increasingly finds his responsibilities as a detective at odds with his new responsibilities as a Grimm. The series also stars Russell Hornsby (“Lincoln Heights”) as Hank, Bitsie Tulloch (“The Artist”) as Juliette, Silas Weir Mitchell (“My Name Is Earl”) as Monroe, Sasha Roiz (“Caprica”) as Captain Renard, Reggie Lee (“The Dark Knight Rises”) as Sgt. Wu and Bree Turner (“The Ugly Truth”) as Rosalee.