And there was much rejoicing throughout the land. HBO has announced the date and time for the premiere of Season 4 of Game of Thrones. Last year they announced it at Comic-Con, but this year, it’s been pins and needles. Wait no more, for here is the announcement, from the official Facebook page: 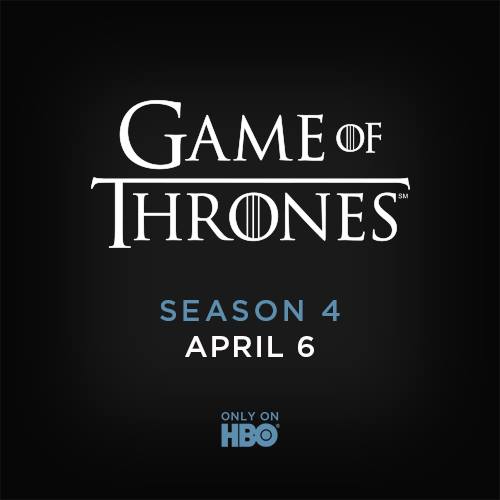 BREAKING: Game of Thrones Season 4 premieres April 6 at 9PM and the first trailer will air this Sunday at 8:58PM ET on HBO before True Detective.

There will be fewer familiar Stark faces, of course…