FUTURAMA Reveals What Comic-Con Will Be Like In The Future 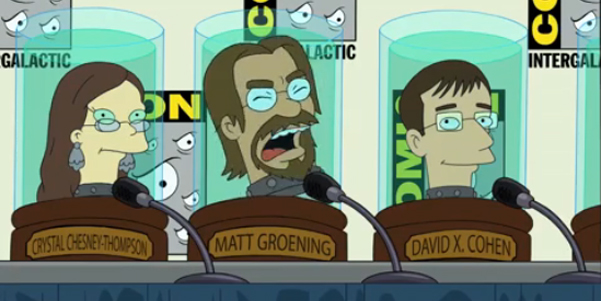 Tonight’s episode of Futurama will reveal a “scarily accurate” parody of what Comic-Con may be like in the future. Guest starring in this episode are the voices of show creator Matt Groening, executive producer David X. Cohen, MAD Magazine cartoonist Sergio Aragonés, and Battlestar Galactica babe Katee Sackhoff. Take a look at this sneak peek of tonight’s episode below: