FRANKENWEENIE: First Look at This Adorable And Macabre Stop-Motion Film And What Inspired Tim Burton To Make It 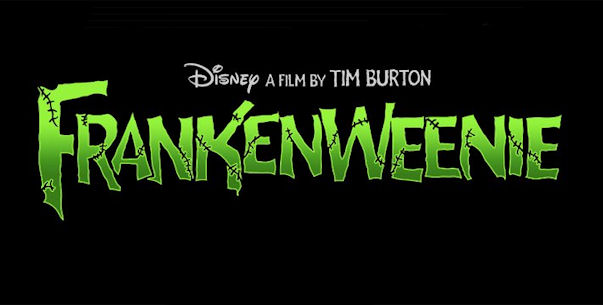 Earlier this fall, we showed you the logo for Tim Burton’s latest stop-motion creation, Frankenweenie, that conveyed a playful and adorable take to the Frankenstein monster tale. This classic story about a boy and his dog gets a Burton-twist with Frankenweenie.

Speaking about the premise of the film, Burton says that he tried to keep the story simple:

“It just tries to keep that idea of a very, simple pure relationship. What’s more pure than the story of a kid and his first pet? Mix that with the Frankenstein myth and it causes problems. Ultimately, we try to go with the slightly more positive aspects of keeping that [boy-and-his-dog] relationship going.”

Burton drew from his own life experience for Frankenweenie:

“It’s such an unconditional relationship. A lot of kids have that experience – I certainly had that experience with a first pet. You’ll probably never have it again in your life in that way, it’s so pure and memorable.

[My dog’s] name was Pepe — we lived in a Spanish neighborhood. Our dog had this thing called distemper, and wasn’t supposed to live more than a couple of years. He lived much longer than that, which kind of fed into this Frankenstein mythology as well.”

Though this may expected subject matter from Burton these days, it was this little dark comedy as a live-action short in 1984 that cost Burton his job as an artist at The Walt Disney Co. But how the tides have changed! After the success of The Nightmare Before Christmas and Corpse Bride, Disney is making Frankenweenie one of its most important projects for next year.

Burton regrets nothing about making the short back in 1984 nor harbors ill feelings of Disney:

“I don’t know, they got freaked out or something, but they still allowed me to make the film. Even though I was frustrated about the release — or not release of it — it was still a great experience, and did a lot for me, so I couldn’t really complain.”

Nor should he! That short film led his Burton’s first feature film, Pee-Wee’s Big Adventure.

Entertainment Weekly has released a these stills of the stylized 1950’s black-and-white stop motion film. Check them out below! 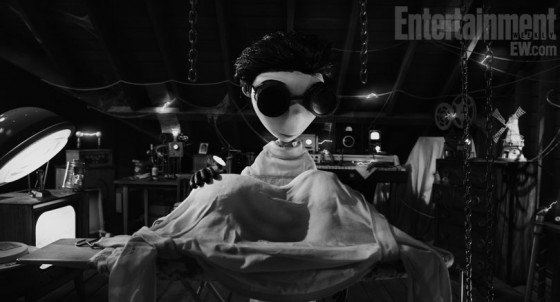 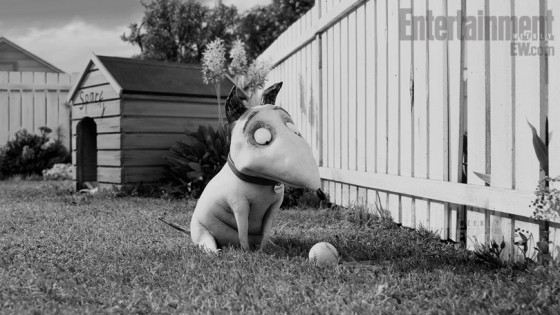 In Tim Burton’s “Frankenweenie” young Victor conducts a science experiment to bring his beloved dog Sparky back to life, only to face unintended, sometimes monstrous, consequences. A stop-motion animated film, “Frankenweenie” will be filmed in black and white and rendered in 3D, which will elevate the classic style to a whole new experience. From creative genius Tim Burton (“Alice in Wonderland,” The Nightmare Before Christmas”) comes “Frankenweenie,” a heartwarming tale about a boy and his dog. After unexpectedly losing his beloved dog Sparky, young Victor harnesses the power of science to bring his best friend back to life—with just a few minor adjustments. He tries to hide his home-sewn creation, but when Sparky gets out, Victor’s fellow students, teachers and the entire town all learn that getting a new “leash on life” can be monstrous.