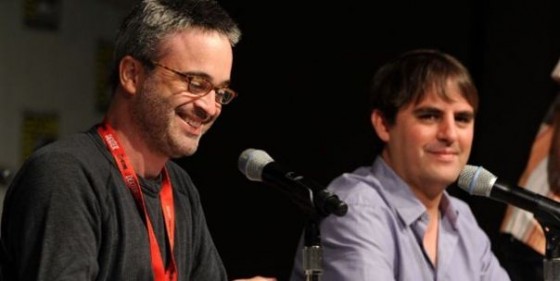 Here’s some great news to start off the week. The team of Roberto Orci and Alex Kurtzman, who co-wrote the pilots for Fringe (with J.J. Abrams) and Hawaii Five-O, along with Transformers, Star Trek, and Cowboys and Aliens, have received a put pilot commitment from Fox for their Sleepy Hollow drama pitch.

In case you didn’t know, a “put pilot” commitment, according to Variety‘s “Slanguage Dictionary,” is “a deal to produce a pilot that includes substantial penalties if the pilot is not aired; a virtual guarantee that a pilot will be picked up.” Compare this to the duo’s previous pilot order from Fox, Locke & Key, which we are dying to see and still haven’t.

Deadline broke the news about the pickup, and reports that the story is a modern–day supernatural thriller based on Washington Irving’s The Legend of Sleepy Hollow. Lead character Ichabod Crane (of course) “will partner with Sleepy Hollow’s local female sheriff to solve the mysteries of a town ravaged by the battle between good and evil.”

The pilot will be written by Orci and Kurtzman along with Phillip Iscove, who had the original story idea. 20th Century Fox Television and Kurtzman and Orci’s studio-based K/O Paper Products are behind the project, Len Wiseman (Underworld) will direct, and Orci, Kurtzman, and Wiseman will executive produce along with Heather Kadin from K/O.

We will absolutely keep you posted.