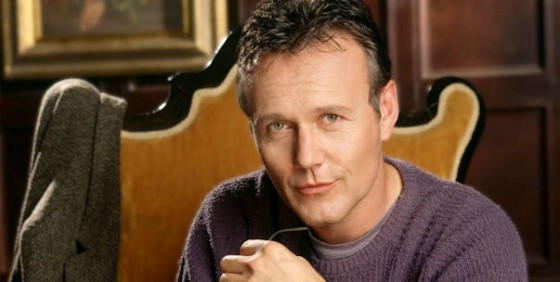 Just a few days ago, we brought you the fantastic news that Nathan Fillion (Castle) had joined the cast of Percy Jackson & the Olympians: The Sea of Monsters as Hermes, the second youngest of the Olympian gods and the son of Zeus. Now, another Whedonite has joined the cast!

THR reports that Anthony Head (Merlin, Dancing on the Edge) who portrayed Rupert Giles on Whedon’s TV series Buffy the Vampire Slayer from 1997-2003 has joined the cast of director Thor Freudenthal‘s forthcoming follow-up to the Chris Columbus directed 2010 adaptation of author Rick Riordan’s novel Percy Jackson and the Olympians: The Lightning Thief.

Head will be portraying Chiron, the character portrayed by Pierce Brosnan in the first film who is in charge of Camp Half-Blood and trains the demigods.