We’ve been reporting the slow drip of pictures from the movie adaptation of the book Ender’s Game that have been released and FINALLY we have our first poster which is very reminiscent of one of the various book covers. Check it out below. Ender is ready for battle. Stay tuned after the poster for news on the trailer release! 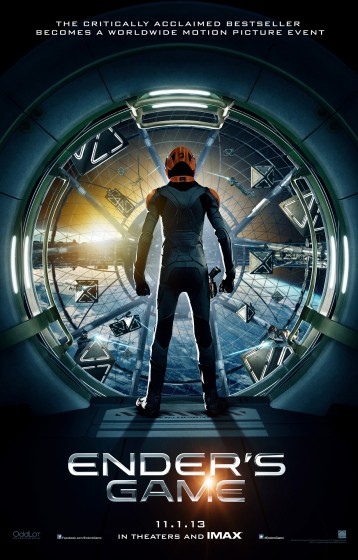 We still have a long way to go, but we can already start getting excited about the first trailer. Yes folks, according to the film’s producer Roberto Orci (also known for his writing and production of Alias, Fringe, Hawaii Five-O, and Star Trek) we’ll be seeing the Ender’s Game trailer before Star Trek: Into Darkness (of which he is also writer/producer).

“@fleetadmiralj: @boborci when are we getting a trailer? Star trek?” Yup!